Munster's Keith Earls to have scan on injured hamstring 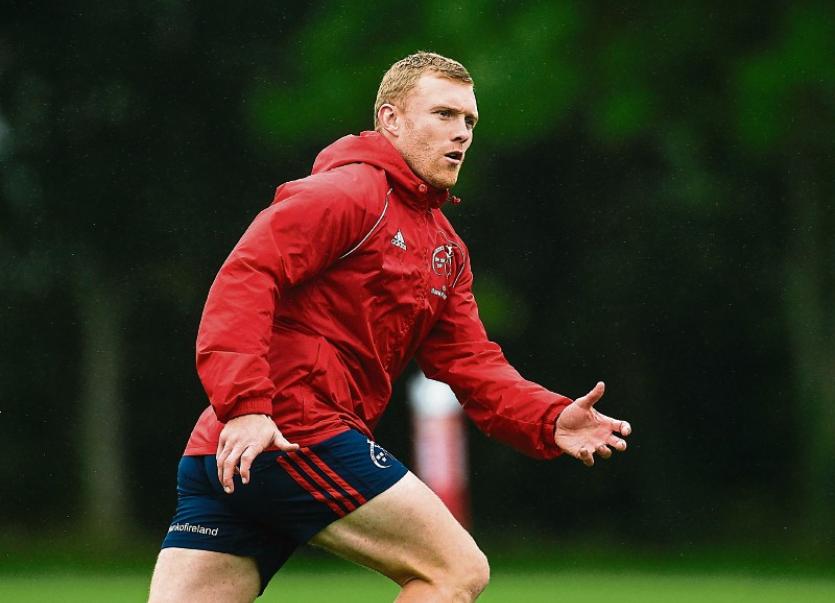 MUNSTER winger Keith Earls is to have a scan on the hamstring injury which forced him to miss Saturday’s Heineken Champions Cup draw with Exeter Chiefs at the eleventh hour.

Earls was forced to withdraw from Munster’s starting line-up just before kick-off at Sandy Park on Saturday due to an injury to his hamstring. Ireland international winger Earls will undergo a scan today, Monday, to assess the injury and determine treatment.

Munster face Gloucester in their Round 2 Heineken Champions Cup clash at Thomond Park this Saturday, 1pm.

Munster have also confirmed that centre Sammy Arnold, who suffered a throat injury in Saturday’s draw with Exeter, was observed overnight in hospital in the UK on Saturday.

Arnold has since been discharged and will be assessed by the medical department to determine availability for this weekend.

Prop John Ryan suffered an ankle injury during Saturday’s game. He will be assessed by the medical department and undergo treatment this week to determine availability for this weekend.

Dave O’Callaghan suffered a foot injury during the Munster A game with Leinster A in the Celtic Cup on Friday night and will be seen by a specialist to determine his further treatment.