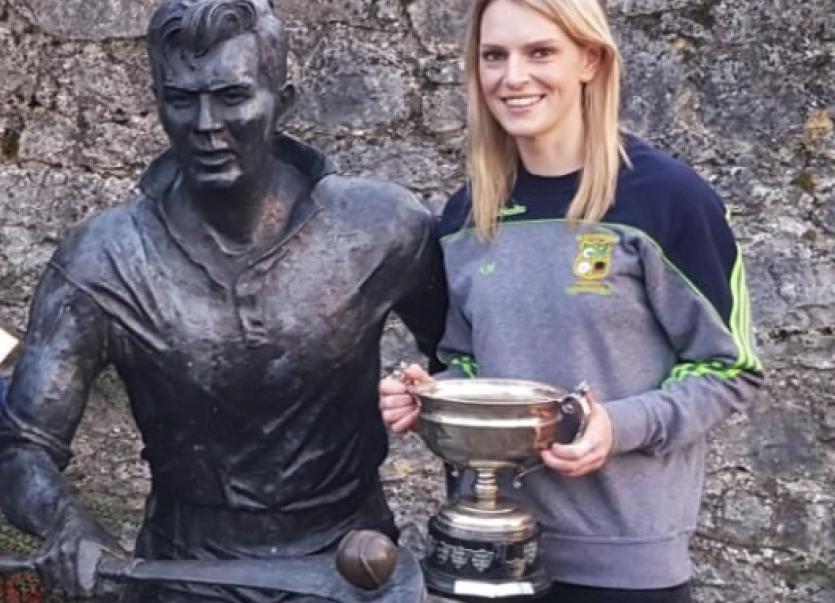 Limerick’s outstanding player of her generation, Niamh Mulcahy has been widely recognised as one of camogie’s greatest marks-women of all time. But despite the esteem in which she has been held on both national and local scenes, her sideboard is surprisingly empty of county silverware.

Frustration rather than success has been the story of a career that has seen her end up on the losing team more times than she cares to remember. “Gee, I don’t know how many years it has been,” she commented after Ahane had just beaten off the county’s most successful club Granagh-Ballingarry to capture their first senior championship in forty-two years.

“It’s our fifth final in ten years and we’ve finally got over the line.” Even more satisfying, the team from Castleconnell reversed defeats in the two previous finals against the same opposition who were chasing their fifth title in a row.

“It’s super for everyone, for the club, for all the people who put in so much work,” she acknowledged the record attendance crowding around their girls who had brought success to Limerick’s most renowned hurling club after a run of disappointing seasons on the men’s side.

“Every single girl out there on the panel put everything into this victory. We were under pressure going in, you always are against Granagh, and we had to get over losing (her county player sister) Judith to injury in the semi-final. I don’t think many would have tipped us today given our history in finals.”

Right from the throw-in, Ahane weren’t going to let this chance pass them by and a lightning start in which Mulcahy found the target three times in the first two minutes set the foundation for victory. “I suppose in recent finals I haven’t exactly had the best of games. So I had to get a good start to give me the confidence, that extra boost to finish off on the support I was getting from the rest of the team. Yeah, we finally performed in a final after years of letting ourselves down and not doing ourselves justice. It was great to just finally put a complete performance together.”

Steeped in the traditions of club and county – her mother Vera Mackey was another Limerick camogie legend, father Ger lined out for Dromin-Athlacca, Ahane and Limerick and grandfather John and granduncle Mick Mackey are among the giants of hurling – she was delighted to be part of another generation delivering glory to Newgarden. “We’ve always had great support from the club and now we’ve given them something to cheer about.”