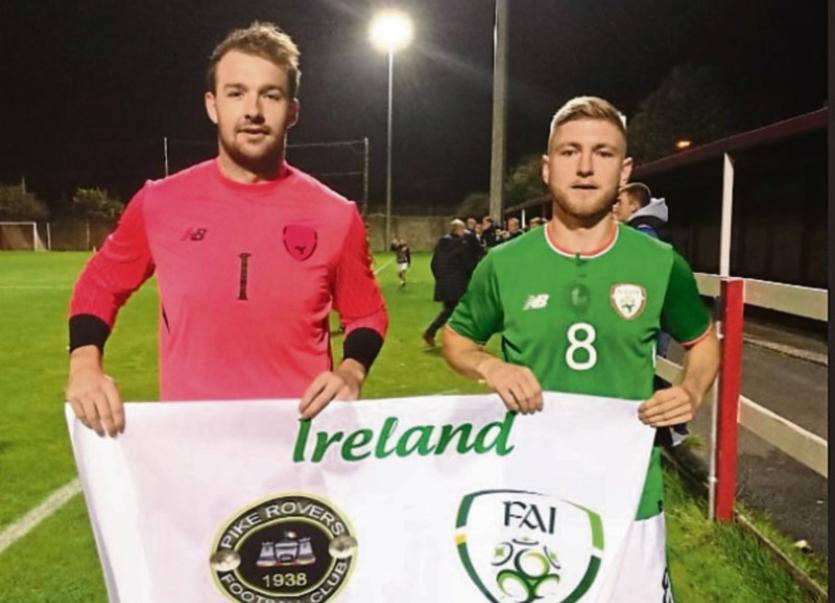 The Pike Rovers duo of Gary Neville and Shane Walsh, as well as Abbeyfeale Utd’s Chris Smith, were members of the 18-man Irish amateur squad which scored an impressive 4-0 win over Northern Ireland at Frank Cooke Park at Griffith Avenue.

Pike Rovers’ goalkeeper Gary Neville and midfielder Shane Walsh impressed after playing for the opening hour of the game before being substituted with the Republic of Ireland already 2-0 to the good.

Neville made a number of smart saves during the game, while Walsh was highly influential in midfield.

Chris Smith, of Abbeyfeale Utd, was introduced as a substitute for the final quarter of the game and also turned in an impressive display.

Very proud moment for the club this evening having two players who played a big part in Ireland beating Northern Ireland 4-0 in Dublin. Hopefully this is the start of many more caps for Gary & Shane. pic.twitter.com/jLSrxVXtMm

Garry Davis’ Republic of Ireland side enjoyed a 1-0 half-time lead and three further goals in the second half helped the home side ease to an impressive victory.