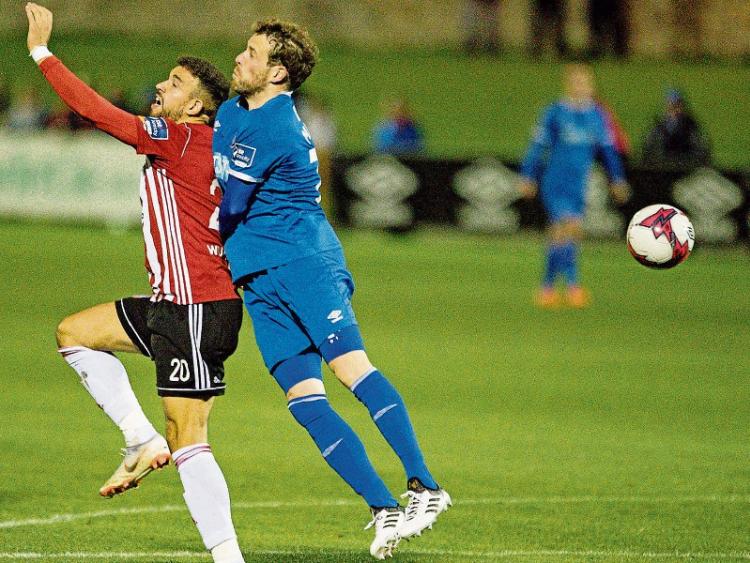 LIMERICK FC will be involved in the SSE Airtricity League Premier Division two-leg relegation play-off at the end of the month.

Despite suffering a frustrating 1-0 defeat to Derry City before a sparse attendance at the Markets Field on Friday night, Limerick are guaranteed a ninth-placed finish after basement side Bray Wanderers lost out to Sligo Rovers at the Showgrounds 24 hours later.

Sligo Rovers' 2-1 success ended any lingering hopes Limerick had of pulling clear of the drop zone altogether over the remaining three weeks of the regular season.

Limerick FC will travel for the away leg of the relegation play-off on Monday, October 29, while the home leg will take place at the Markets Field on Friday, November 2.

A goal on 23 minutes from Derry City’s Republic of Ireland U-21 international Ronan Hale helped Derry ended a five-game losing run in the Premier Division as he fired the visitors in front with a smart finish from Nicky Low’s superb through ball.

In the First Division play-off series, Shelbourne hold a 1-0 lead over Drogheda Utd ahead of their second leg at Tolka Park on tomorrow, Monday night.

Limerick lost their Premier Division status in November 2015 after losing out to Harps 2-1 on aggregate after extra time in a dramatic relegation play-off second leg at Finn Park in Ballybofey.