Opinion: AIL kicks-off away from the fanfare of the Aviva Stadium - Colm Kinsella 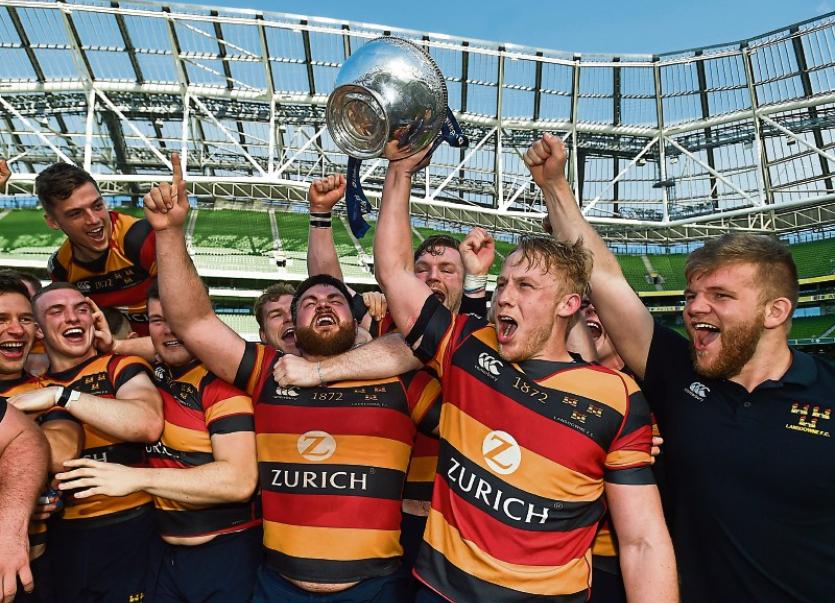 FOR a significant number of rugby supporters, the season proper only kicks off this weekend.

For watchers of the provincial game, there’s the meeting of arch rivals Leinster and Munster in the Guinness PRO14 at the Aviva Stadium on Saturday, 6pm.

That section of rugby supporters only come alive in October with the traditional meeting of the sides on the eve of the start of the Heineken Champions Cup.

Far away from the glare of the big interprovincial derby clash of Munster and Leinster the All-Ireland League will kick-off for Division 1A and 1B clubs.

The fact will go un-noticed for many rugby fans around the country and the league will have a tough fight on its hands to gain much traction in the media, press and radio next weekend, bar a few sections of the local press and radio.

Scheduling the start of the league on the same day Leinster and Munster face-off at the Aviva Stadium is a real shame for the club game.

Munster fans who want to travel to Dublin won’t be able to take in a club game earlier in the afternoon.

Those who put their club side first will, of course, be able to attend an AIL fixture as they kick-off at 2.30pm and then watch the Munster game on TV at 6pm.

But the clash is far from an ideal scenario.

The All-Ireland League’s top division kicks-off with a whimper – in terms of profile from the rugby public – more than a bang which is a real pity given the quality that is sure to be on show in a lot of the games.

The prospects of gaining greater media coverage for the league is not helped by the fact that, to date at least, the league has no sponsors following the Ulster Bank’s decision to step down after nine years.

Ulster Bank began sponsoring the All-Ireland League in 2010, succeeding AlIied Irish Bank who sponsored the league for the previous 13 years. Insurance Corporation of Ireland were the original tournament sponsors.

Sources estimate that the sponsorship of the league by Ulster Bank was worth in the region of a low six figure sum to the IRFU per annum.

The scheduling of five rounds of top flight fixtures on successive weekends in the All-Ireland League is going to place big demands on playing squads.

With injuries inevitable given the attritional nature of the game, clubs with smaller squads are going to be stretched to the limit by the time it gets to rounds four and five.

In effect, almost 1/3 of the regular season will be completed after the first weekend in November.

With five Munster clubs, Cork Con and UCC are in the top flight along with the three Limerick clubs, Garryowen, Shannon and Young Munster, the amount of travel will be reduced for local sides.

The big unknown going into the season is just how the return of the Munster A players to their club squads is going to impact on the league.

The British and Irish Cup has been replaced by the Celtic Cup this season. That competition features the Irish province’s A sides and Welsh clubs.

The Celtic Cup is due to end later this month and so free up Munster Academy and some senior players to play with their clubs.

Starting line-ups in the AIL will change significantly from the opening rounds of the league through the second third of the campaign.