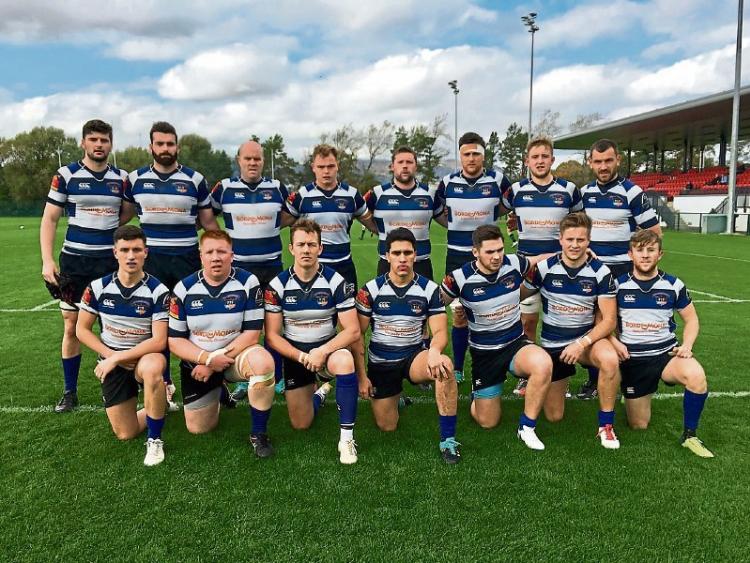 The Old Crescent side which defeated QUB in Division 2A of the All-Ireland League at Dub Lane on Saturday. Picture: Old Crescent RFC Twitter

In Division 2A, promoted Old Crescent began their campaign in impressive fashion when scoring an exciting 21-19 victory over Queen’s University, Belfast at Dub Lane.

However, also in 2A, there was disappointment for UL-Bohs, relegated from 1B at the end of last season, when suffering a heavy 36-10 defeat to Munster rivals Highfield on the 4G rugby pitch at UL.

Meanwhile, in Division 2C, Thomond began their AIL season with an exciting 33-22 win over Seapoint in Liam Fitzgerald Park, while Bruff fell to a heavy 35-8 reverse to Midleton.

Old Crescent, who led QUB 14-7 at half-time, had tries from in either half from Brian Tuohy and Kevin Doyle, while Ronan McKenna kicked three penalties and a conversion.

Doyle’s 45th minute try, which was converted by McKenna, helped the Rosbrien side into a sizeable 21-7 lead. However, two tries in the final quarter for the home side made for some nervy moments before Crescent closed out their precious opening day win.

At UL, UL-Bohs remained very much in the contest when trailing by just two points at half-time, 10-12, with Robbie Bourke scoring an intercept try which he converted as well as adding a penalty for the Red, Red Robins.

However, while UL-Bohs failed to record a single point in the second half, Highfield racked up 24 points, including four tries to secure a bonus point.

Bruff made a disappointing start to their 2C campaign when suffering a 27-point thumping at the hands of Midleton in East Cork.

Bruff had trailed by eight points at the break, 8-16, but shipped 20 unanswered points to their hosts after the break.

Neilus Keogh scored Bruff’s try in the opening half.

The action in Division 1A of the All-Ireland League begins next weekend.