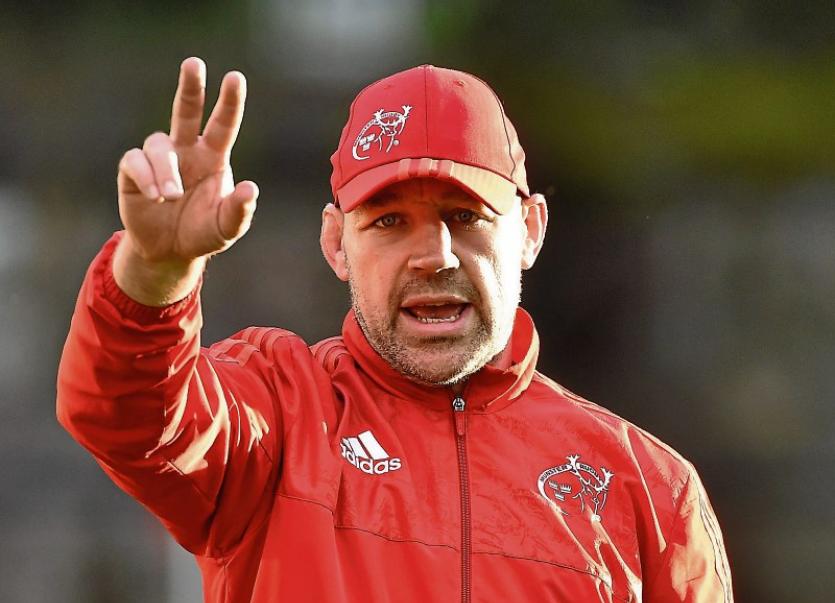 MUNSTER A withstood a strong final quarter comeback from Cardiff Blues A to make it four wins from four in the Celtic Cup with a nail-biting 33-32 victory in Wales on Saturday afternoon.

Munster A had looked all set to seal a comfortable victory when racing into a 20-point lead, 33-13, with a little over 10 minutes remaining.

However, three late tries from the home side set up a nervous finish before Peter Malone’s side finally closed out a precious victory.

Munster A lead the game 16-13 at half-time at the Arms Park.

The visitors had three penalty goals from captain Bill Johnston, while Peter Malone’s side was also awarded a penalty try shortly before the break when Cardiff were penalised for pulling down a well-executed maul.

A 43rd minute Sean French try, with Cardiff down to 14 players following a sin-binning, had Munster A 21-13 to the good soon after the restart.

A third Munster A try followed soon after, before centre Alex McHenry secured the bonus point try for the visitors.

However, a run of 19 unanswered points in the final 14 minutes, including three tries and two conversions, hauled Cardiff back into contention and had Munster nerve ends jangling,