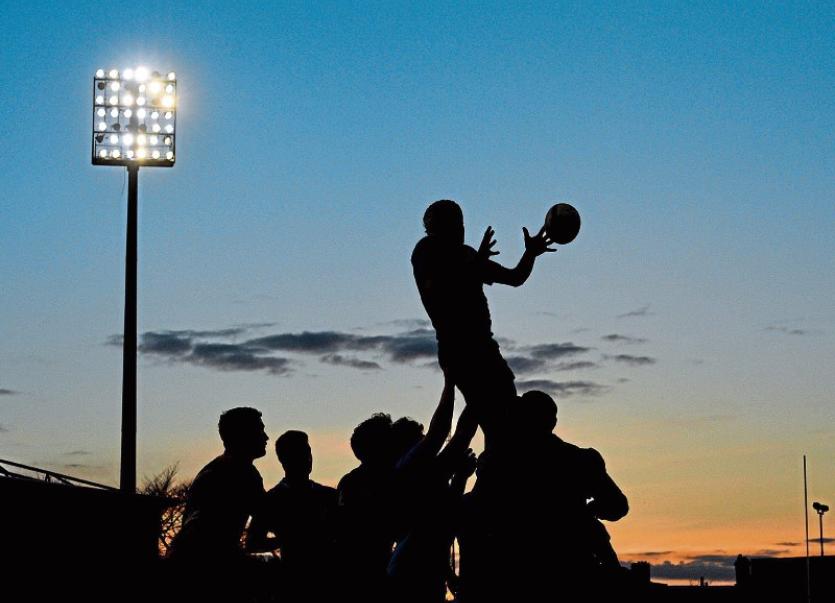 HOLDERS Garryowen powered their way back into another Bank of Ireland Munster Senior Cup final after easing past great rivals Shannon 27-9 in their semi-final clash at Dooradoyle on Friday night.

Tries in either half from centre Peader Collins and hooker Liam Cronin helped the ‘Light Blues’ overcome their Division 1A rivals before a large attendance.

Garryowen will now face either Cork Constitution or Cashel/Highfield in the final later in the season.

The opening half an hour was evenly contested in perfect playing conditions. Garryowen led 11-9 at that stage. Centre Collins scored Garryowen's try when he beat the Shannon defence to the touch down after blocking down at attempted clearance kick in the 14th minute.

Collins added two further penalties in the 33rd and 40th minutes to stretch the home side's lead out to 17-9 at half-time.

The only points of the second half arrived 10 minutes after the restart as following a well-executed maul, Garryowen hooker Liam Cronin dotted down.

Collins' conversion brought his personal haul for the night to a whopping 22 points.

WATCH: Really good defence of a driving maul by @Shannon_RFC deep inside their own '22 but they trail @GarryowenFC 9-14 after 33 mins in Munster Senior Cup semi-final in Dooradoyle #LLSport @Limerick_Leader @LimkLeaderSport pic.twitter.com/rLbZAT5MVA

The game was both sides' final work-out before the start of the All-Ireland League, with Garryowen hosting Dublin University and Shannon travelling to Cork Constitution on Saturday, October 6.

WATCH: Teams are on pitch for @GarryowenFC v @Shannon_RFC in Munster Senior Cup semi-final at Dooradoyle. Decent sized crowd in the house on perfect evening for a game #LLSport @Limerick_Leader @LimkLeaderSport pic.twitter.com/AEQXziqvBS