'There would be no Liam MacCarthy without JP McManus' - Martin Kiely 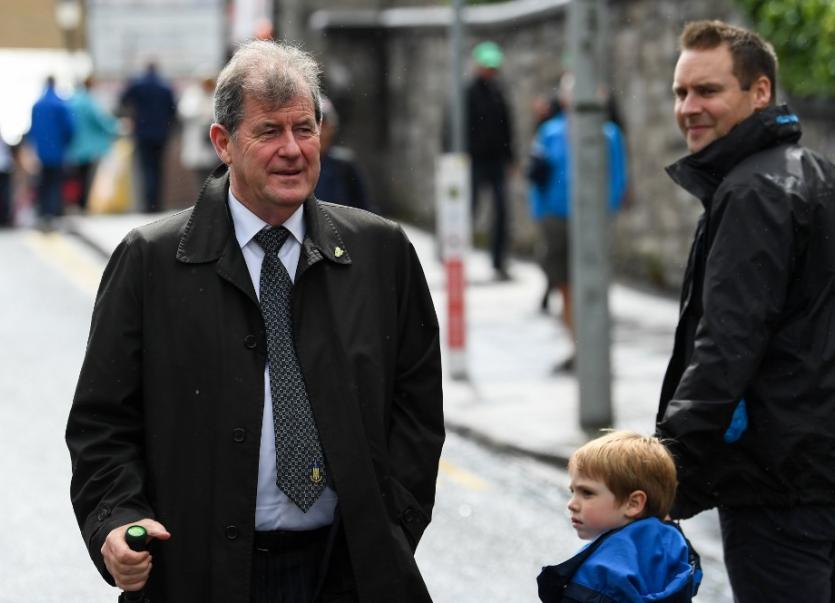 Over the past few weeks the focus has rightly been on the Limerick players and management after their All Ireland success.  The celebrations are now more localised and in many ways the value of the win can be seen in small clubs and communities around Limerick. The players and management have led by great example and it’s heartwarming to see such maturity from all concerned.

It took a great deal for Limerick to win this All Ireland and the combined efforts of all involved were significant. For a brief spell the team sponsor JP McManus allowed himself savour what was his dream since first getting involved as the main sponsor of Limerick GAA.

Over many years JP has shown great patience because year after year the returns were still the same. None the less he held his nerve and at times I am sure that was not easy.

The Limerick County Board had a habit of falling from one crisis to another in my opinion and the most disappointing aspect of all of this was they had a habit of not learning too many lessons.

No one would have blamed him if he had decided to walk away but his love of Limerick hurling was the thread that always proved unbreakable.

His contribution to Limerick GAA runs into millions and when the County Board were in deep trouble in 2004 he handed them a cheque for €5 million after they were under a lot of pressure from the redevelopment of the Gaelic Grounds.
The financial strain on Limerick GAA at that time was enormous and were it not for such a major handout then God only knows what would have happened.

Trying to calculate exactly how much JP McManus has given towards Limerick GAA would be impossible but I would say one would be safe to say it’s somewhere between ten to fifteen million.

Limerick would not have won this year's All Ireland title without the massive support that JP provided. To assemble the management and backroom people requires an investment and were it not for McManus we would never be in a position to make the progress we did this year.

Of course he has provided huge support over a long number of years but the lemon was squeezed a bit more in the past two years.
From a very early stage in his life JP McManus had a love of the GAA. His club South Liberties meant a great deal to him and he has never forgotten his native place. As a young lad I can remember him going to Caherconlish, a pitch that was always a happy hunting ground for Liberties.

It takes huge resources to win the Liam McCarthy Cup. The landscape has changed this year and the demands on players and resources will be testing in the years ahead. It will now take eight to nine games to win the championship and unless you have a sponsor that can make things happen then it will be very difficult.
Of course you need to have a player base and the age profile of this Limerick team suggest they have the capacity to add another title.

I can remember the late Raymond Smith telling once about JP, I was young and had great admiration for Smith as a journalist. He wrote many books including “High rollers of the turf.” It featured JP McManus. Smith had huge respect for McManus and he talked about his sharpness and how good he was to read a race. JP could see Limerick were going in the right direction this year.

He put the necessary resources in place to support the management and team and like all other times in the past few people even knew it was happening.
Limerick knew they had a crop of good young players and they also knew from past history that unless they put solid structures in place they would lose them.

Paul Kinnerk was a priority for them and after a couple of attempts he agreed to come on board. He was the first part of the management to be put in place and while others were looked at it was clear from early on that John Kiely was the man they wanted. He had no baggage and had also put in some hard yards. He had served his time and had also achieved success.
The management team had the full support of JP and that support was a crucial part in the development of the structures around the team.

People will remember that preseason game against Cork at the Gaelic Grounds early in 2017. The supporters were annoyed with the game plan Limerick were using. They were vocal in the Mackey Stand and it prompted John Kiely to have a go at them and asked that they give the players a chance.

In the same interview in the Irish Examiner he said, “This management team are not answerable to the County Board.”
You could read what you like into that comment but either way it showed he was his own man. Many of the same people that are now slapping John Kiely on the back were raising questions about him and had he not got a result against Tipperary they were ready to ask harder questions.

The same people are now of the view that they had a huge part to play in Limerick winning the All Ireland.
Now, Limerick supporters have been in a state of elation since the All Ireland but they have not forgotten just how poor the Limerick County Board have operated in recent years and they are not foolish enough to think that everything has changed.
Success now comes at a huge price and the cost of preparing county teams has in much respect gone out of control. The cost of management teams, backroom teams and so on have spiraled out of control. Money is now a major factor in success but unless you have quality from a player base you have little chance of reaching the summit.

Climbing the mountain to All Ireland senior success took longer than anyone had ever anticipated but were it not for the financial efforts of JP McManus we would still be at base camp.
Finance was a major part but he brought much more to the table than that. JP McManus is really well versed in all aspects of Limerick GAA. He knows the mood and temperature on the ground at all times. Winning the All Ireland title was just reward for the vast efforts he made to try and get Limerick GAA in the right direction.

Only twelve months ago JP had a clear the air meeting with some officers of the County Board. It came about after what was said at convention. That convention was shocking in my opinion not only for the content but for the lack of respect for the clubs in Limerick GAA.

I think the ‘top’ people knew what was going on and were happy to stay silent. We can only hope that clubs will see the financial report long before convention this year because under GAA rules this is how it should be.
JP McManus has enjoyed the greatest sporting occasions around the World but something tells me that August 19 2018 will live long in his memory.

He had good reason to be happy. Of course he will say it was the players and management that did the business but without JP there would be no Liam.