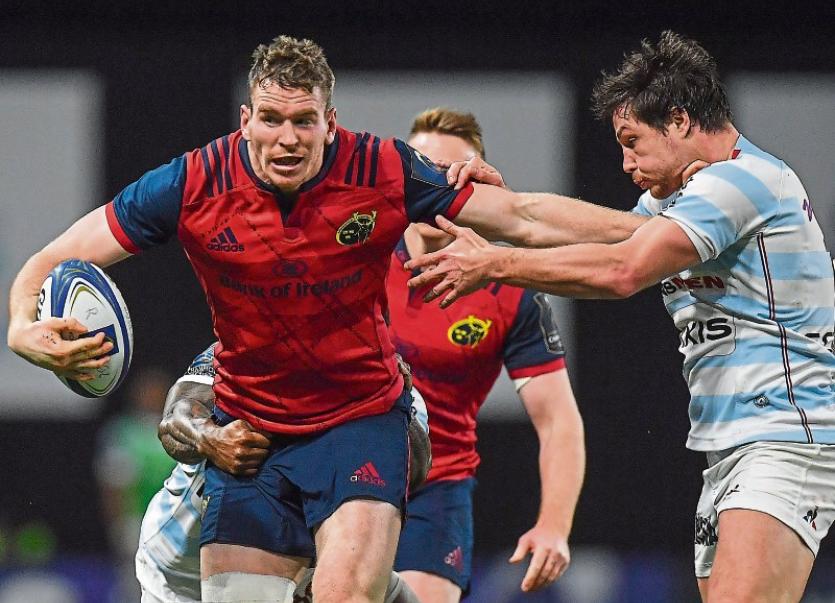 MUNSTER are hopeful that their Ireland international centre Chris Farrell will be available for selection before Christmas as he continues to rehab from a knee injury.

Farrell sustained the knee injury while training with Ireland during the 6 Nations Championship last February.

Munster head coach Johann van Graan confirmed to RTE, this Tuesday at the launch of the Champions Cup that Farrell will miss the opening two rounds of the European Cup next month.

"We won't see him before the Champions Cup starts but hopefully before Christmas," Van Graan told RTE Sport.

"I don't have the exact timings, those injuries (ACL) are difficult to judge.

"He won't be back anytime soon. He's mentally very well, he's working very hard off the field but in terms of returning to train with the team, he's still a long way off."

Munster are hopeful that the work permit for recently signed All-Black scrum-half Alby Mathewson will come through shortly.

Mathewson joined up with the Munster squad here in Limerick in recent weeks having signed on a short-term four-month deal as injury cover for Conor Murray.