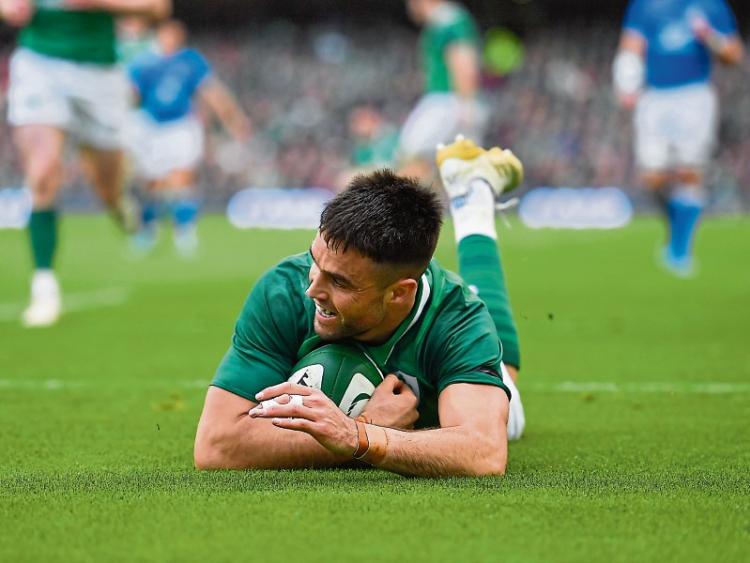 THE IRFU are set to make Conor Murray the highest paid rugby player in Ireland.

The Limerick Leader understands that contract negotiations have begun between the governing body and the Patrickswell man, with a view to securing his services for both Munster and Ireland after the World Cup in Japan.

Murray, who has been capped 67 times by his country, has a contract with the IRFU until September 2019, however it is understood that Murray will be offered a deal which will see him become the highest paid player among the centrally contracted players.

Murray, since his debut for Ireland back in 2011, has established himself as one of Ireland's most valuable players as well as being considered the best number nine in World rugby.

On his second British and Irish Lions tour, Murray started all three Tests as the tourists drew the series against the All Blacks.

In scoring a try in the second Test, Murray became the first international player in history to score four tries against the All Blacks - three for Ireland and one for the Lions.

The scrum half's stock has never been higher and the IRFU are planning to strike while the iron is hot.

Murray, who has not yet featured for Munster this season due to injury, is expected to be fit for Ireland's opening Autumn international series tie against Italy on Saturday November 3, while Munster fans will be hoping to see their star man for the opening round of the Heineken Champions Cup which takes place on Saturday October 13 at Sandy Park versus the Exeter Chiefs.

With interest sure to be high in Murray's signature, the IRFU will be fighting off suitors from the Aviva Premiership and the Top14.

English side Saracens would easily have the means to make an offer that might match the IRFU, as would French sides Racing 92 and Stade Francais, which of course are both rich in terms of Munster links also, with Donnacha Ryan and Simon Zebo at Racing and Mike Prendergast and Paul O'Connell at Stade Francais.

However, should Joe Schmidt, the IRFU and Conor Murray all come to an agreement on a contract, it is expected that an announcement will be made in the weeks leading up to the Autumn internationals, a regular window for the men in Lansdowne Road to announce that their business has been done.