Limerick players set for Munster A debuts against Dragons 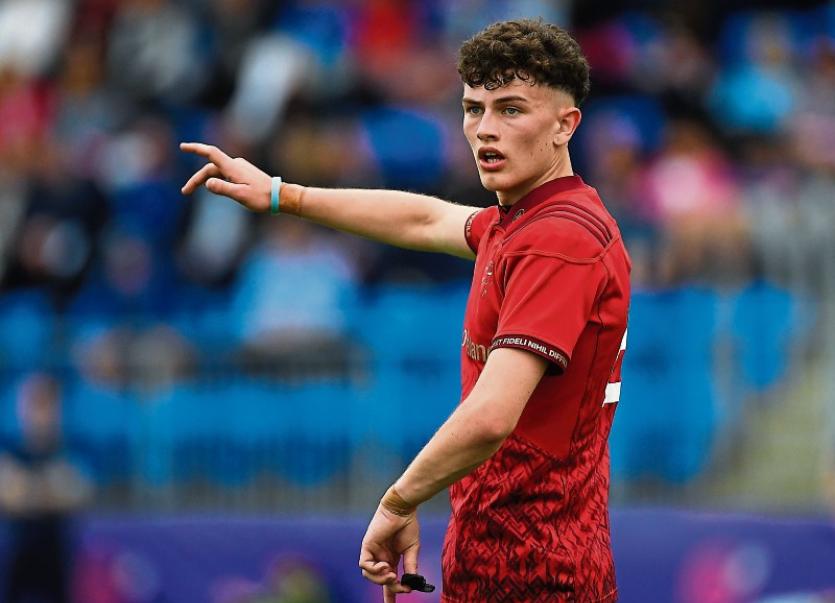 Charlie O'Doherty, of Newcastle West RFC, who is among the Limerick players in line to make their Munster A debuts in the Celtic Cup this Friday

HEAD Coach Peter Malone has named the Munster A side to face Dragons A in the third game of the Celtic Cup on Friday at Musgrave Park (5.30pm).

Fineen Wycherley captains the side this week with nine Greencore Munster Academy players and seven club representatives included in the squad.

There are five changes to the side that defeated Ospreys A 52-7 in round two as Alex Wootton, Ben Healy, John Poland, Ciaran Parker and Billy Scannell are all drafted into the starting XV.

Jeremy Loughman is joined by Scannell and Parker in the front row as the rest of the pack remains unchanged.

Healy makes his first Munster A start joining Poland in the new look half back pairing, while Wootton completes the senior representation in the back three with Stephen Fitzgerald and Calvin Nash.

In the replacements the Academy’s Eoghan Clarke, Development player Cronan Gleeson, Young Munster’s Paddy Kelly, Newscastle West’s Charlie O’Doherty, and Shannon’s Jake Flannery are all in line to make their Munster A debuts.