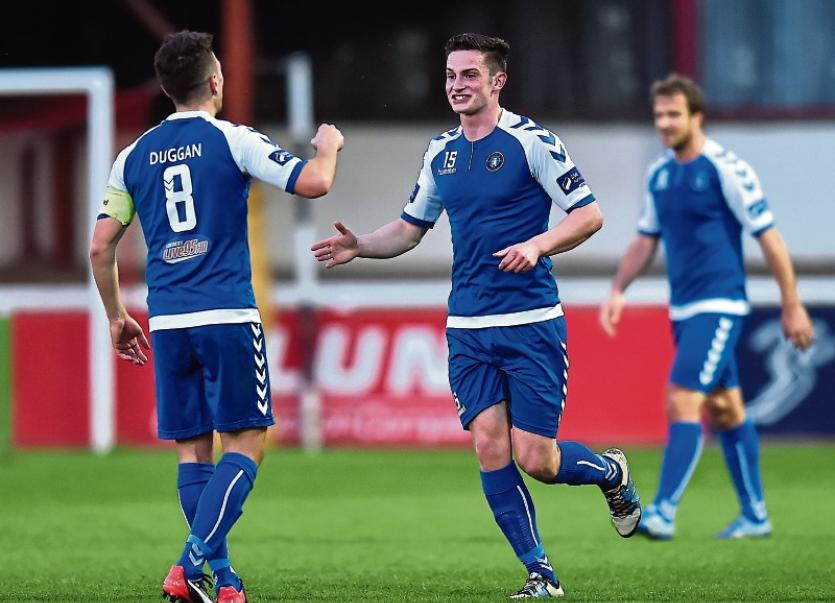 Whitehead will join Limerick man Garbhan Coughlan at the club, following confirmation that the Raheen striker has re-signed for the Dunedin-based club.

Twenty two-year-old Tony Whitehead played 125 League of Ireland games for Limerick FC since making his debut as a 16-year-old in a friendly against Manchester City.

Whitehead confirmed his departure from Limerick FC in July where he spent .a total of six-and-a-half seasons with the Blues and has been an integral part of the club’s senior squad.

During that time he played under five different first team managers.

Tony Whitehead said: “I’m excited to make the move.  Paul (head coach Paul O’Reilly) and the club have a really good structure in place and there’s a really nice family feel to the club, everybody in Dunedin I’ve met has been very welcoming.

“I’ve been really impressed by the intensity at training, looking at the squad Paul and Terry have put together there’s really stiff competition for places and straight from the off the sessions have been really quick and intense, there’s been no bedding in period there’s been tackles flying in from the get go!”