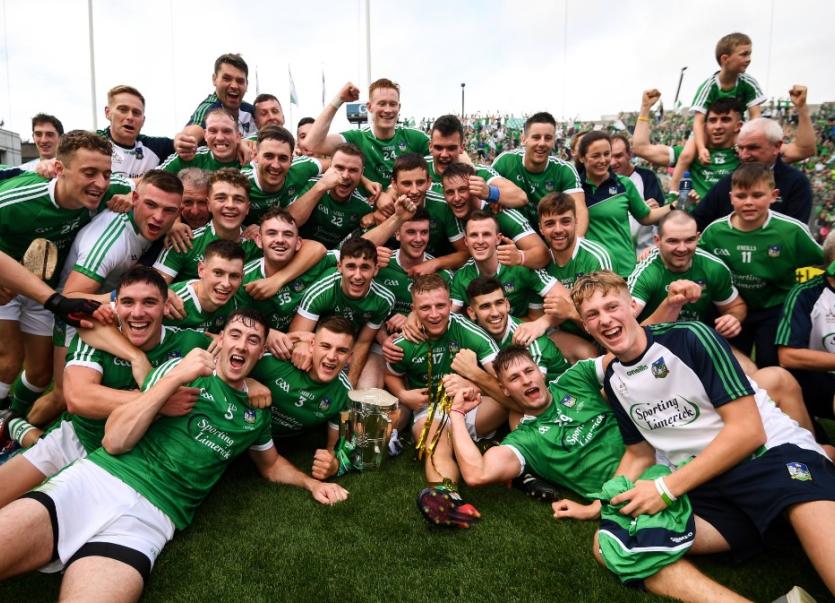 The Limerick 15 are among the list of 45 nominations for the PwC All-Star awards and it's just the second time in over 20 years that 15 players from the same county have received nominations - joining Tipperary of 2016.

The final 15 that make up the PwC All-Star Hurling team of 2018 will be announced live on RTE TV and will be presented with their awards at a gala black-tie banquet in Dublin’s Convention Centre on Friday, November 2.

Richie McCarthy (2013) and 2014 duo Seamus Hickey and Shane Dowling are the only members of John Kiely’s 36-man All Ireland winning panel to be previously honoured with All Star awards.

However, none of the trio are among the current nominees meaning all making the final cut will be first time Limerick All Stars.

It's a third nominee for All Ireland winning captain Declan Hannon - 2014 and 2011 were both in attack.

It's Limerick's biggest number of nominations since the 10 nominees of 2007 - Limerick's previous All Ireland final appearance.

As is tradition, the All Star nominations are divided into three categories comprising of goalkeepers, 18 defenders, six midfielders and 18 forwards.

All Ireland finalists and Leinster champions, Galway, have received nine nominations. The remainder of the breakdown is Cork seven, Clare five, Kilkenny five, Wexford two with Dublin and Tipperary receiving one nomination each.

The selections were voted on by a committee made up of Gaelic Games correspondents, and chaired by GAA President John Horan.

Since the introduction of the All Stars in 1971, Limerick has won 47 awards with 25 different players honoured.