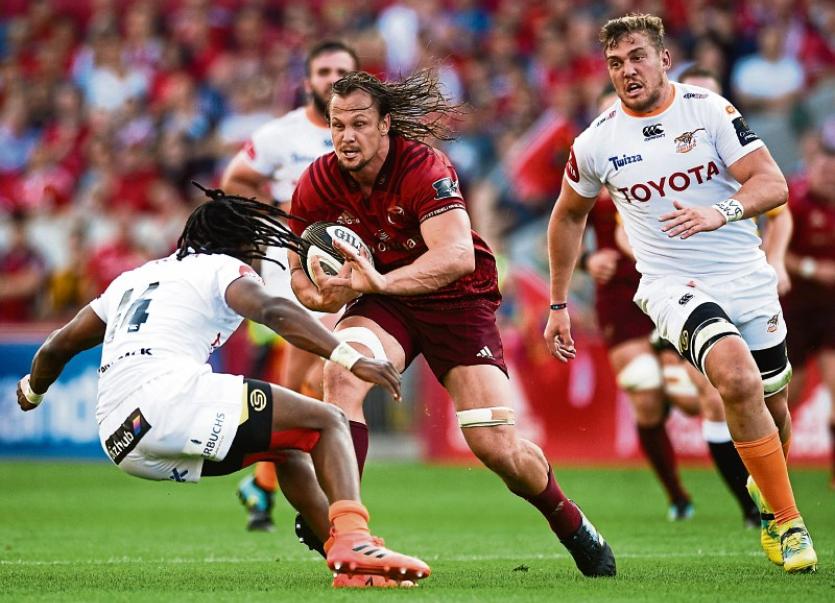 South African Botha turned in an eye-catching display on his Guinness Pro14 debut for Munster in Saturday 38-0 thumping of the Cheetahs at Thomond Park.

Twenty six-year-old Botha, an explosive ball carrier who plays flanker and number eight, played his entire professional career with the Blue Bulls in South Africa before moving to London Irish in January.

Asked about the impact Botha has made since joining Munster this summer, Tommy O’Donnell said: “He’s been great, he’s been very impressive physique, a big man and what he can do in the gym the size and weights he can lift, but it was great to see him taking off there and being in full flight and taking on 10s and full backs and trying to run around them.

“That’s the kinda thing you want to see.

“That’s what we want to see from back-rows, our eights going forward and we don’t mind if we pop up on their shoulder that will be all the better for us, but it’s great to see him settling in well and a new fan favourite, a new cult favourite among the crowd.”