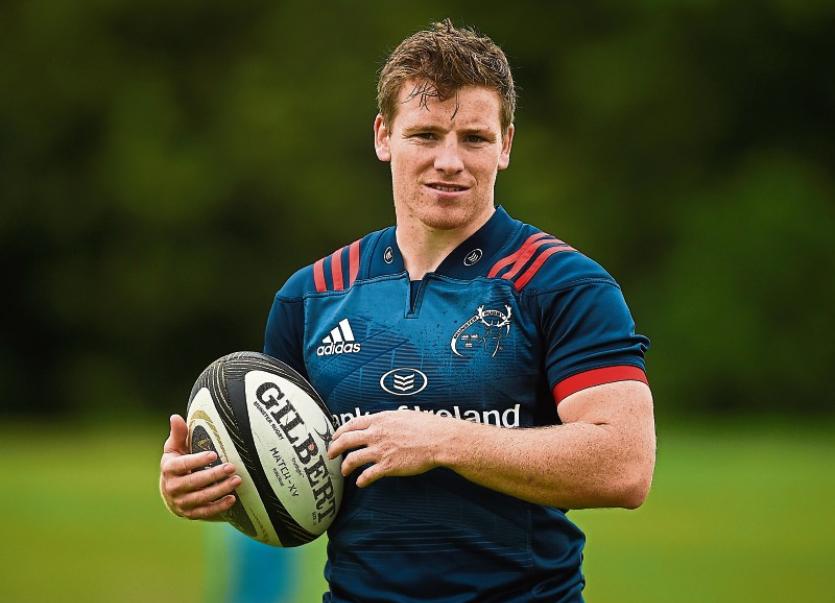 THIS time last year, Neil Cronin was teaching at St Munchin’s College – on Saturday he lined out for Munster in their resounding Guinness Pro14 win over the Cheetahs.

Scrum-half Cronin swapped life as a teacher of technical drawing and technology at the renowned Corbally rugby nursery to take up a one-year contract from Munster this season.

It is Cronin’s second stint with the province after winning three caps in 2015.

Munster head coach Johann van Graan has been hugely impressed with how 25-year-old Cronin has adapted to life in the professional rugby ranks.

Van Graan said at UL on Monday: "Sometimes, in life, we so often look at the negatives, but I think it is a feel good story, it is a great story for an individual.

"When I met him (Neil Cronin) the first time last year he was coaching and he coached a school team to a championship (assistant coach with St Munchin's College who won Munster Schools Junior Cup).

"What a nice story of a guy who just kept going. Rugby is obviously in his family and he used his coaching to better his rugby ability, came in with an open mind, worked hard and I am just so glad for him.

"Look, he has done really well. He will be the first to say that the tempo was pretty high (against the Cheetahs on Saturday) and like I said it is the next step for him. He has come in with a very open mind and a very positive attitude.

"It is his second chance and I thought he took it over the weekend, but like, I said before, this is only week one. There is such a long way to go.

“That is why it is back to zero again today, because you have to, you can't live in the past too much because there will be games that you win and games that you lose and you just have to look forward again and start each week afresh."

Asked if he felt Cronin’s experience with Munster showed that the gap between Ulster Bank League rugby and the professional game isn’t that great, Van Graan said:  "I haven't been long enough in Ireland to give an accurate view of how good club rugby is and what is the gap. All I can say is what I have seen again with hard work, a lot of belief and a bit of luck, the door is never closed.

"I took a chance on him (Neil Cronin) and in the first game it paid off.

"For amateur players it is never over, you just have to keep working and just keep going. I think it is a classic example of somebody that got an opportunity, worked pretty hard over the past 10 weeks, trained himself into the team and used his opportunity.

"Now it is pretty difficult to leave him out of the team."