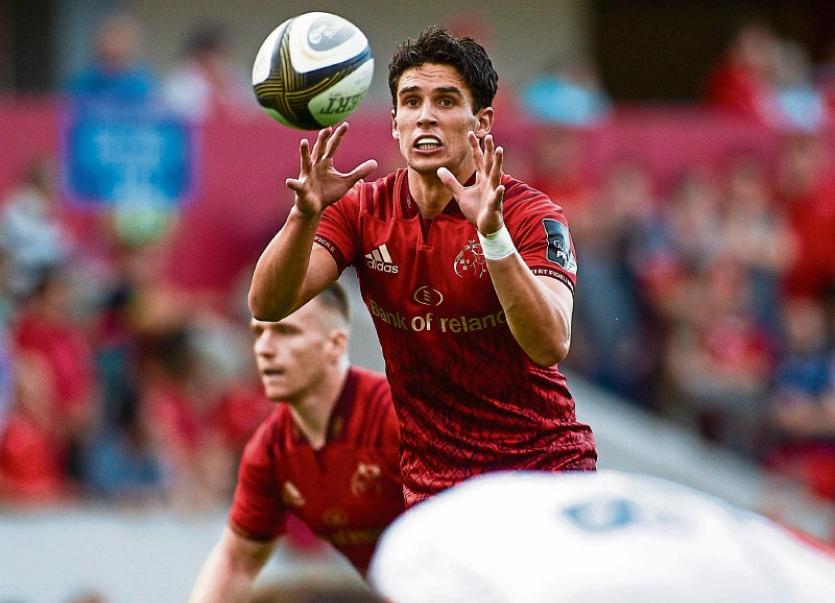 MUNSTER opened their Guinness Pro14 campaign with a resounding 38-0 bonus point win over the Cheetahs at Thomond Park on Saturday evening.

The home side ran in four second half tries, to bring their tally to six in all, as the Cheetahs' first quarter resistance was easily broken on a perfect evening for rugby.

Munster’s exciting new out-half signing Joey Carbery, who arrived from Leinster in the summer, made his debut in red at 10 when sprung from the bench in the final 25 minutes.

The result meant that only once since 2009 have Munster failed to win on the opening weekend in the Pro14, that reverse coming against Edinburgh in Limerick in 2014.

Munster’s six tries came courtesy of Rory Scannell and Dave Kilcoyne in the opening half, while Tommy O’Donnell, JJ Hanrahan, Dave O’Callaghan and Man of the Match Darren Sweetnam touched down after the break.

All the tries and more from a great start to the #GuinnessPRO14 for Munster!#MUNvCHE pic.twitter.com/On02Dsw7z3

South African new boy Arno Botha enjoyed a hugely impressive debut in the Munster back-row, while full-back Mike Haley turned in a very solid performance in his first competitive outing for the province.