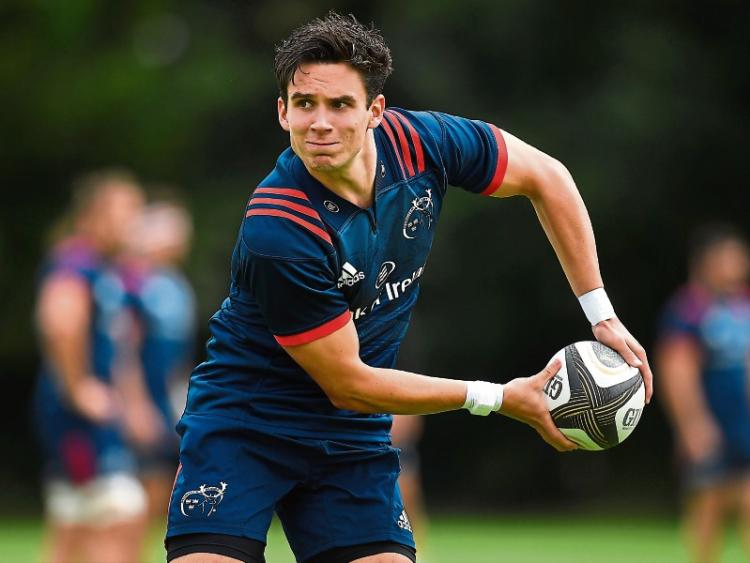 NEW signings Arno Botha, Mike Haley and Neil Cronin will make their PRO14 starting debuts, while Joey Carbery is set to make his debut in red if sprung off the bench for Munster in Saturday’s Guinness Pro14 opener with the Cheetahs at Thomond Park, 5.15pm.

Garryowen clubman Neil Cronin, who last featured in the Pro14 for Munster  as a replacement in March 2015, partners up with JJ Hanrahan in the half backs for his first start.

Academy and Ireland 7s player Shane Daly is another making his debut as he joins Haley and Darren Sweetnam in the back three.

The pre-season centre combination of Rory Scannell and Dan Goggin remain unchanged for the tournament opener.

In the front row returning international prop John Ryan makes his first appearance of the season as he scrums down next to Mike Sherry and Dave Kilcoyne.

Captain Billy Holland and Jean Kleyn continue their partnership in the second row with Dave O’Callaghan, Tommy O’Donnell and Botha forming the back row.

Included in the replacements are Rhys Marshall and Stephen Archer who are in line to make first appearances of the season, with Archer overcoming the pec injury he sustained against Edinburgh in May.

After impressing in the pre-season campaign Academy back row Gavin Coombes is included in his first Guinness PRO14 squad.

Buy tickets online via Ticketmaster.ie, from the Munster Rugby Ticket Offices in Irish Independent Park and Thomond Park, or by calling 061 421103.