Munster boost as Jaco Taute closes in on return to action 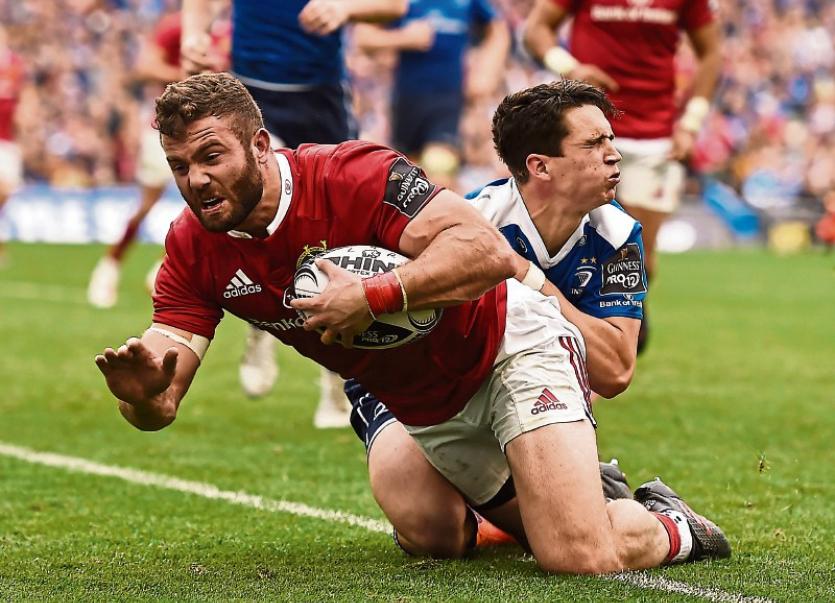 Munster centre Jaco Taute, pictured here scoring against Leinster in the Pro14, is closing in on a return to action with the province after long-term injury

MUNSTER have received a boost ahead of the start of the new Guinness Pro14 season this weekend with confirmation that South African centre Jaco Taute is closing in on a return to action.

However, Van Graan stressed that Munster would not rush the South African back.

Van Graan said: “Jaco Taute might become available for selection (this weekend). We'll see how his game fitness is.

"He has come back from a big injury, so it went up and down, mostly very good. With the extent of the injury he has had, he is in line with his timing back. Again, like I have said, a player's welfare is very important to me."

While Taute’s impending return is a boost for Munster, both centre Chris Farrell and out-half Tyler Bleyendaal remain some way off returning to action.

Asked about a possible return date for both players, Van Graan said: “No, nothing new there on the two of them. Chris (Farrell), because it was such a big knee injury, we are still a long way out.

"Tyler is improving day by day, but it is impossible to tell when he will be back. He hasn’t even trained with the team so I don’t have an update on that.”