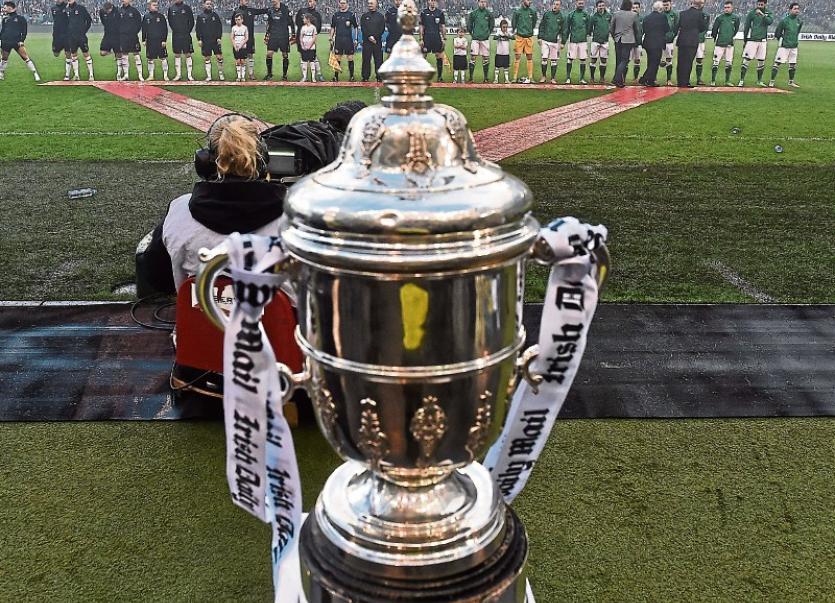 LIMERICK FC have been handed a glamour home tie in the quarter-finals of the Irish Daily Mail FAI Cup.

It will be the second successive weekend that the two sides meet in competitive fixtures as relegation-threatened Limerick are also due to host high-flying Dundalk in the SSE Airtricity League this Friday night at the Markets Field, 7.45pm.

Limerick earned their place in the FAI Cup quarter-finals thanks to a 2-1 win over First Division side Cabinteely at the Garryowen venue when Conor Ellis and Barry Maguire netted for the Blues.

Dates and kick-off times for the fixtures are due to be confirmed in due course.

Limerick hold off a gutsy Cabinteely in the #FAICup pic.twitter.com/Sld6wAsOPg

Limerick reached the semi-finals of the FAI Cup last season before exiting the competition at the hands of eventual winners Cork City.

The Leesiders defeated Dundalk in the final at the Aviva Stadium to complete a big league and Cup double.

All fixtures set to be played on the week ending Sunday, September 9.