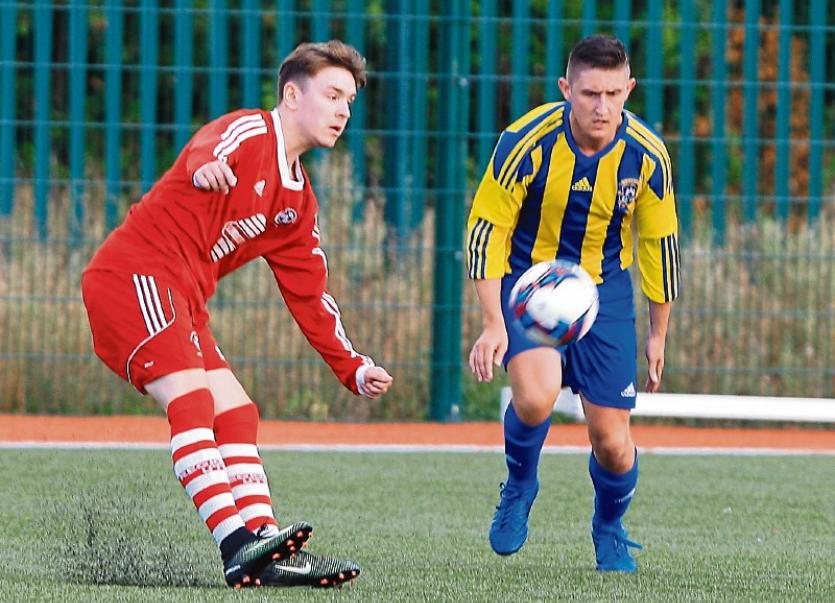 Fairview took the lead through Paudie Quinn and squandered a great chance to double their lead before being punished by Jack Lynch's long range equaliser.

The home side were awarded a second half penalty but Barry Ryan in the Fairview goal made a fine block to deny Kieran O'Connell.

Champions Janesboro picked up their second win with a 3-0 win at Carew Park. The home side were short quite a few players but put up a good first half display holding the Champs scoreless.

After the break Keith Mawdsley broke the deadlock and a brace from Jeffery Judge made sure of the points.

Pike maintained their 100% record with a bit to spare at Charleville.

The Hoops were seven to the good by the break and tacked on another couple in the second half. Pat O'Callaghan was on the mark again with a consolation goal.

Ballynanty Rvs are the only other team with 100% record following a good win at Kilmallock. Dermot Fitzgerald fired the Blues into the lead and Jason Hughes doubled the lead before Jason Heffernan pulled one back.

A hard fought encounter in Nenagh saw the home side go down to a narrow defeat at the hands of Aisling. Evan O'Connor scored a cracker with the only goal of the game after 20 minutes.

The battle of the two promoted sides saw Geraldines run up an impressive 4-0 win at Prospect. Shane Byrne gave the visitors an early lead added to by Eddie Lee.

Morgan Clancy scored a crucial third goal on the stroke of half time and near the end Byrne scored his second and 'Dines fourth goal.