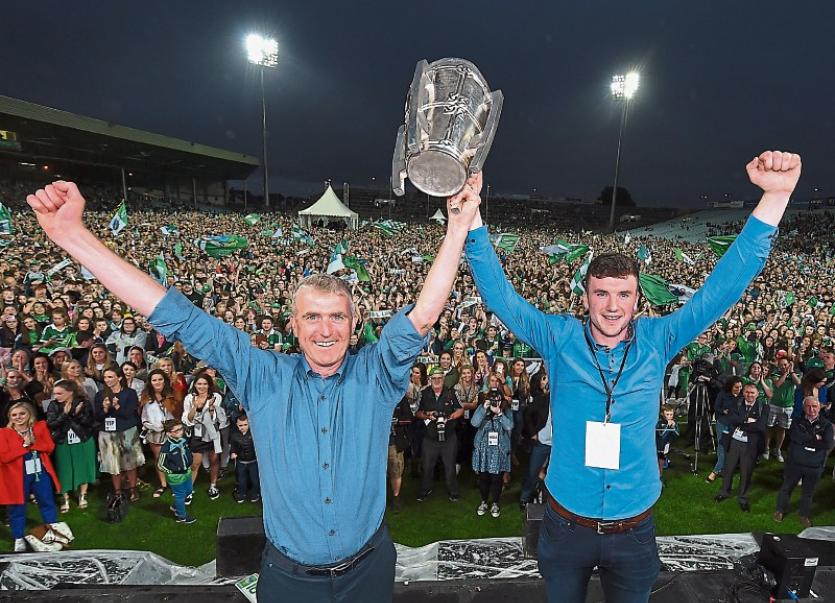 UP to 90,000 Limerick hurling fans welcomed home the county’s first All-Ireland winning side in 45 years back to the city with the Liam MacCarthy Cup on Monday night.

Huge crowds turned out to welcome the 2018 All-Ireland champions back to Shannonside, turning out in large numbers at Colbert Station where the train carrying the victorious team members and management team arrived at 5.30pm.

Thousands of hurling fans then lined the route through the city centre, via O’Connell Street, applauding the players on their open top bus, as the victors made their way out to the official homecoming at the Gaelic Grounds.

Limerick defeated defending champions Galway 3-16 to 2-18 at Croke Park to win the Liam MacCarthy Cup for the first time since 1973.

Limerick midfielder Cian Lynch said words could not describe what it meant to the team to see so many people turn out for the homecoming.

Lynch said: “Any team you are involved in, if you can build a relationship and friends that you can ring at any time of the day or night, I know I can call any one of these lads.

“With these lads we battle on the field together and wel will go out next week and ‘kill’ each other in the club championship, but at the end of the day we can pick up the phone and realise these boys are our brothers.”

The crowds starting building at the Gaelic Grounds from 4pm in anticpation of the team's arrival.

A string of hits from the Cranberries and traditional Limerick anthems 'Sean South' and 'Limerick, You're a Lady' followed on from the appearances from award-winning Irish group Beoga, The Blizzards and DJ Mark McCabe.

The Limerick team and management team came on stage at 7.50pm to the delight of tens of thousands of delirious supporters.

The Morrissey brothers, goalscorer Tom and Dan, were introduced to the crowd first and club by club the players were brought out on stage to huge applause.

Substitute Seamus Hickey, who played in the 2007 All-Ireland hurling final, described the young squad as the most 'mature bunch of immature players.'

Before leaving Dublin, the successful squad had made the now traditional visit to Our Lady's Children's Hospital Crumlin and Temple Street Children's Hospital, where they visited sick children, showing off the trophy and posing for photographs.