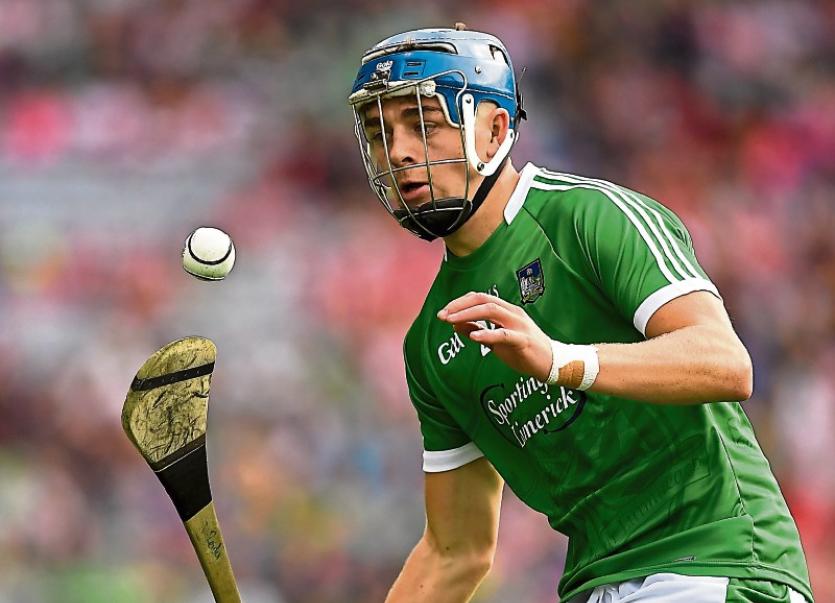 David Reidy in action during the semi final win over Cork

This week Reidy is preparing to be the first from the Dromin-Athlacca club to be involved in an All Ireland SHC final.

A Munster SHC medal winner in his debut season with Limerick, Reidy remained on the county panel for four years before John Kiely opted not to call upon his services last year.

“He rang me and said I wasn’t going to be part of his plans for 2017 and it was disappointing but I had to take it on the chin.

“I had to think why he didn’t want me and go away and work on things and thankfully I got the call last October/November to come back in,” explained Reidy.

“I think I needed to improve more mentality-wise than hurling- wise - it might have been the kick I needed to get back,” he said.

“I wasn’t part of 2017 with Limerick and Joe (Quaid) rang me and I was living and working in Kildare so I said yeah and it was a great experience,” recalled Reidy, who lives in Naas and teaches in Rathcoffey NS.

“I didn’t really know what I was going into but I can’t speak highly enough of the players and management and the whole of Kildare hurling in general. The efforts that the boys put in are as good as you get anywhere else,” said Reidy, who was joined by his brother Michael in the 2017 Kildare set-up.

But Limerick was where the heart was.

“When John rang me I didn’t think twice about it - it’s what I wanted to do and was lucky to get the call,” he said of his return to green and white last winter.

“It was a surprise and I did get a shock but I didn’t hesitate to say yes because it was what I wanted and I was very fortunate to be part of a quality team and management set-up.”

Captain of the 2011 Charleville CBS side that lost a Harty Cup final to Ardscoil Ris, Reidy has played in 10 of the 17 games this season but championship action has been sparse.

“You have to be patient in this game, especially with the squad we have - any chance that you get you have to take it and go out and grab it with two hands. I was lucky I came on for the last few minutes against Cork but it could have been anyone and it could be anyone coming in on August 19,” he said.

“We just kept going with what we had worked on - we had fresh legs in there and it was a case of getting them on the ball as much as we could. It was nice to come in but again it was only a semi-final and there is nothing won yet and we have to go back again on August 19 and do it all again.”