'Peter Thompson - A hero who did not disappoint' - Ivan Morris 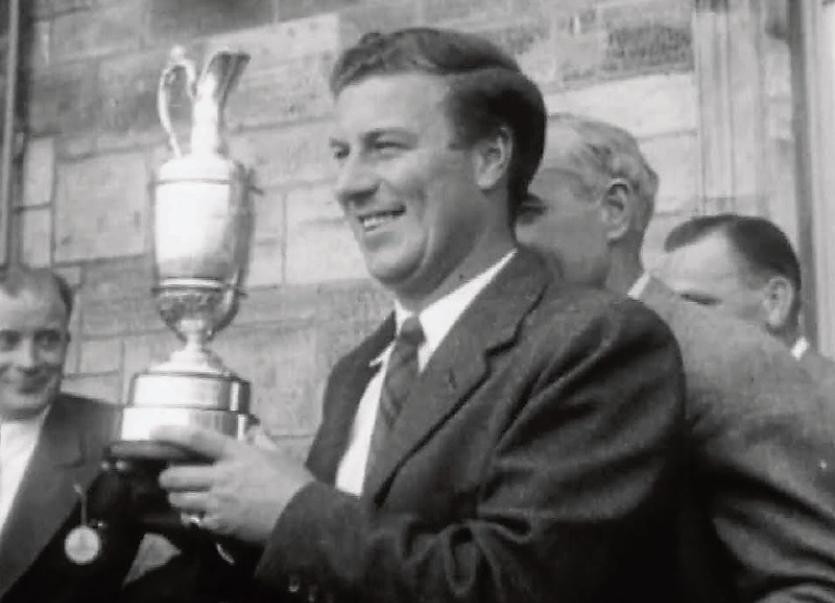 When watching a fascinating Open Championship at Carnoustie last week, my mind kept thinking about a man who finished second to Ben Hogan in 1953 and would have reveled on the fast running fairways and slow greens.

The Open did not return to Carnoustie until 1968 but in the meantime my hero, Peter Thomson, won the claret jug five times.

Meeting the hero of a lifetime is, more often than not, a disappointment. It's a rarity when a hero from one's youth turns out to be exactly as one imagined but, it was not the case when I met Peter Thomson, who passed away recently at the age of 88.

A never to be forgotten hour and a half in his office in Melbourne four years ago was filled with yarns and laughs and it will always be one of my most cherished memories. I have rarely felt as proud, as when my hero shook my hand warmly and said: "Good man! You get golf. Print and be damned!"

When you have had a career like Peter Thomson there is no need for regrets. For those of you who might not know, ever before a Golden Bear or a Tiger dominated the game, a so-called Melbourne Lion terrorized all of the other golfers in the jungle but, doing it with grace and style.

Over 100-wins as a professional in a truly international career, including 5 priceless wins in The Open Championship puts Peter Thomson firmly among the all-time golfing greats.

It was hardly a surprise that a man of Peter's stature did not pull his punches. After all, he fearlessly began his globetrotting at a time when worldwide travel was far more energy-sapping than it is today and when the likes of Ben Hogan, Sam Snead and Henry Cotton made sure to retain the financial safety net of a club job.

In those days you had to win to make a viable living.

When I told him that as a teenager I had studied his swing while following him around as he shot an incredible 62 during the Carroll's Tournament at Woodbrook and had rushed home to try to emulate the way he went about his business, including the way he dressed, he did not spare my feelings.

He said it was 'foolish' to try to copy anyone else. “One should always be oneself and develop one's own style of play. And, the best way to do it is not on the practice ground but by playing the game on one's own with a number of balls - playing 'real' shots and figuring out why some work and others don't. He was adamant that mentoring could be helpful to some extent but not full-time coaching, which he called 'silly.'

Peter wrote several books on golf but never an instructional one. “Golf is simple. See the target, avoid any potential trouble, draw the club straight back and let it go! How does one fill a book with anything so straightforward? He said. "A golfer has to stand or fall on his own in the heat of battle. My long-serving caddie, Jackie Leigh, never once told me what shot to play. His job was to carry my clubs, watch the ball and keep me concentrating and entertained; no advice."

When I mentioned that I regretted that I was never able to match his unruffled approach on the golf course and tended to lose my composure, he said that he never understood fuss or ever worried about what other people thought. He found golf 'easy' and it made him feel guilty that he made a lot of money from doing something he loved and enjoyed so much.

“It felt more like stealing than work." he added

When I asked him which golfer he admired the most, he replied: "Sam Snead. Sam made golf look easy and was always joking and needling the opposition, which suited me because it made me more determined. Once, he walked past me in the locker room and called out: "Hey Pete, you get the yips yet?" When I said: No. Sam laughed: “Well, they're a-coming!”

It's no surprise to hear that Peter's favourite course is Scottish but it isn't the one on which he won any of his five Open titles.

It's little known, Brora, in the far north. When his competitive days were over, he and his wife, Mary, holidayed there regularly. (I'll have to go there myself someday!)

Thomson came to Ireland for the first time in 1951 as a 21-year old and finished sixth in The Open Championship at Royal Portrush won by Max Faulkner. Subsequently, he won The Open five times a feat matched only by Tom Watson in the modern era.

I am glad that I saw Peter playing at his peak, purring like a Rolls Royce, as he stylishly dismantled golf courses but, it was impossible to ignore some of the inevitable frailties of old age and a stark reminder that we are all heading in the same direction.

There wasn't a hint of mental deterioration, though, as we discussed the issues impacting on golf today and into the future; an interlude I will never forget.