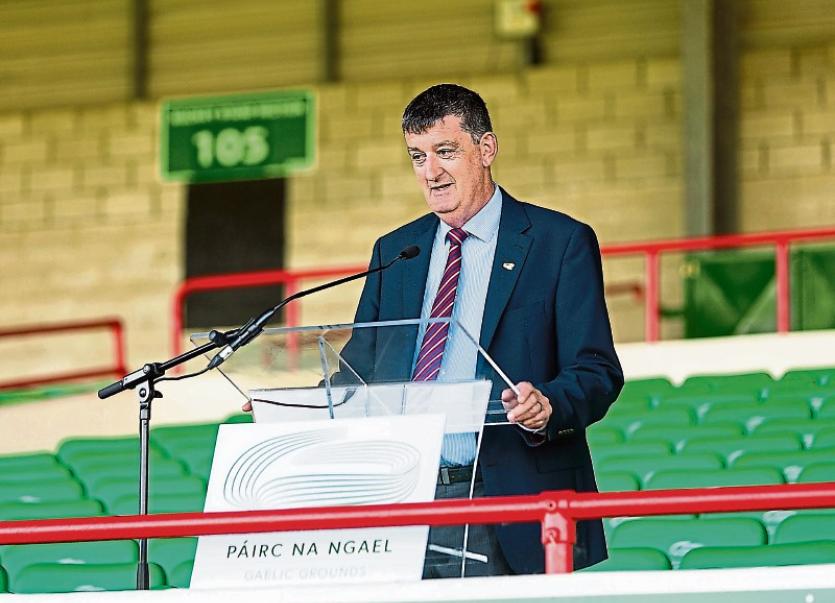 LIMERICK GAA have confirmed that they are to finally to build a stand in Rathkeale’s Mick Neville Park.

However, the development project appears much scaled back from the initial plans, which were first unveiled over six years ago.

Limerick GAA chairman John Cregan has confirmed that the stand they now plan to build will have 500 seats.

In early 2012, planning permission was granted for works to complete the main playing pitch in the centre of excellence facility in Rathkeale. Those plans included ‘the construction of a stadium complex to incorporate a seated spectator stand’ and ’four players dressing rooms, treatment rooms, referee’s changing facilities’. Also included in those state-of-the-art plans were ‘gymnasium and indoor handball court with spectator seating’ and ‘first floor conference room and office area with second floor press and media rooms’.

However, that planning permission has now lapsed and a new proposal will have to be submitted.

In January 2015, it appeared back on the agenda when Limerick received a €500,000 grant from the Munster Council but work never commenced on the stand.

“It is our intention to proceed with the completion of the development and upgrading of facilities that are there,” said the chairman at the July County Board meeting.

“We have revised the plans to suit our pocket,” he accepted.

“There is funding available and ear-marked for Mick Neville Park and it is our intention to proceed with the development of a stand and ancillary services. We have had discussions with Limerick City and County Council planning authority, who gave us a very favourable response so we would expect it to proceed once planning is secured.”

The chairman confirmed: “The plan that was there for the proposed development has run out and we have now revised the plans and it was necessary to make a new application”.

“I would expect it, if not late this year, then early in the New Year,” said Cregan.

“The new capacity would be in the region of 500 seats and of course it would be built in such a way that additional seating could be put there in time if funding allowed but at this stage we feel that there are monies that have been earmarked for this for a number of years and we need to move on.”