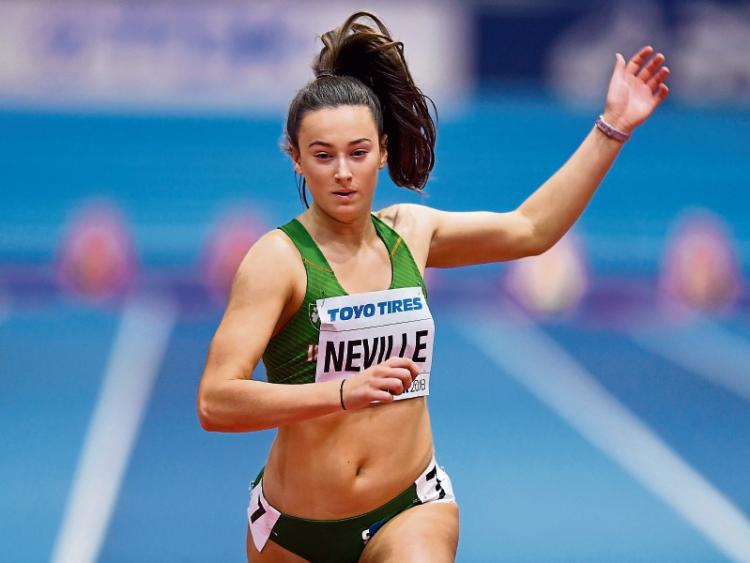 LIMERICK teenager Ciara Neville advanced to Friday evening’s semi-finals of the women’s 200m at the IAAF World U20 Championships in Tampere, Finland.

Eighteen-year-old Emerald AC athlete Neville finished fourth in their first round heat on Friday morning in a time of 24.01 to secure automatic qualification for the semi-finals.

The heat was won by exciting American athlete Lauren Rain Williams in a time of 22.98.

Neville then finished in eighth place in her 200m semi-final from her draw in lane eight. The Limerick teenager clocked 24.68 on a damp track following rain. The semi-final was again won by Lauren Rain Williams of the US in a time of 23.15.

Monaleen’s Neville also qualified for the semi-finals of the women’s 100m on Thursday evening.

Following her 200m run on Friday, Ciara Neville said: “It was tough out there, but I was determined to go out there and run my best and qualify so I am delighted I could do that.

“I would have liked to have run faster, but my legs were a little bit tired from the 100m (semi-final) yesterday, so I’m happy with that."