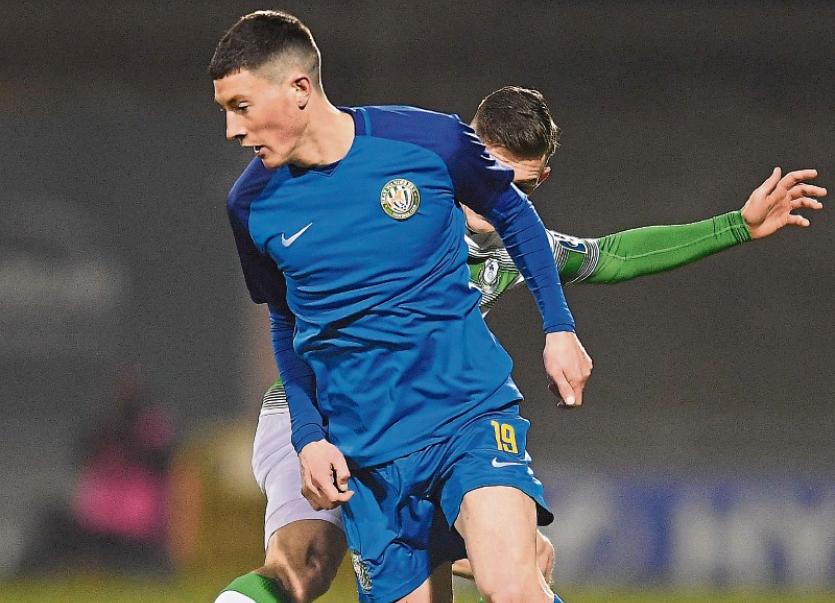 LIMERICK striker Ronan Coughlan is in line to make his debut for new club Cork City in their friendly fixture with Burnley at Turners Cross on Friday night.

Coughlan was released by financially troubled Bray last week and has now signed with the League of Ireland champions until the end of the 2019 season.

Coughlan played schoolboy football with Mungret Regional, before joining Limerick FC as a 16-year-old, going on to play at U-17 and U-19 level for the Blues.

While impressing for the Limerick FC U-19 side, Coughlan caught the eye of English side Huddersfield Town, who he signed for as a 17 year-old in July 2014, having trained with the club from the previous January.

He was released by Huddersfield last July and joined Bray Wanderers in February.

Speaking about his move to Cork City, Coughlan, who scored four goals for Bray this season, said: “I’m delighted to be here and can’t wait to get started on Friday in the friendly versus Burnley. I’ve trained the last few days and now I’m really looking forward to it.

Cork City FC are pleased to announce the signing of Ronan Coughlan.

“Training has definitely been a different level, obviously at Bray we only trained twice a week, so the boys here are obviously a lot fitter. I am just going to keep my head down and work hard and hopefully get a chance.

“After training I’ve been doing extra running and hopefully I will get a few minutes on Friday against Burnley and then I can kick on from there.”