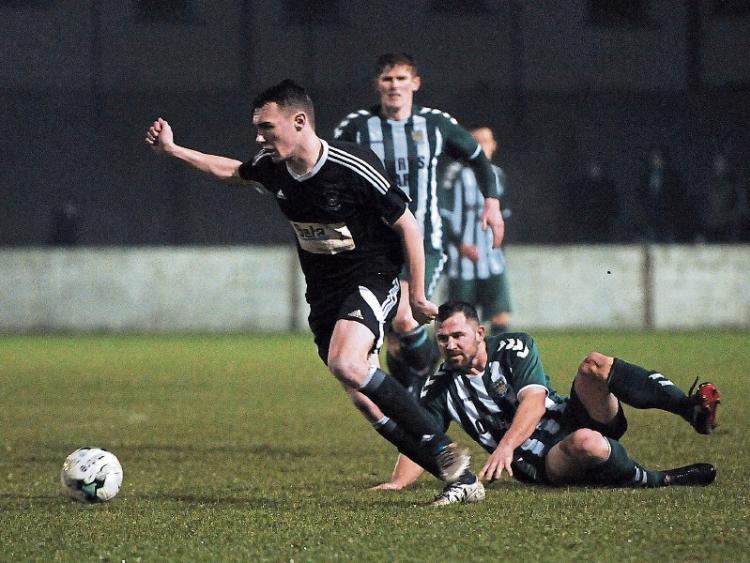 Janesboro's Keith Mawdsley in action against Joey Mulcahy, St. Michaels, in the Champions Cup Final is in the FAI's extended squad for the Regions Cup

EIGHT Limerick-based players have been included in the FAI’s UEFA Regions Cup provisional squad set to begin preparations for a qualifying series in Romania in September.

The squad are due to gather for a training session at the AUL complex in Dublin on Saturday, July 28 as preparations step up for September’s UEFA Regions Cup qualifying group series of games in Romania.