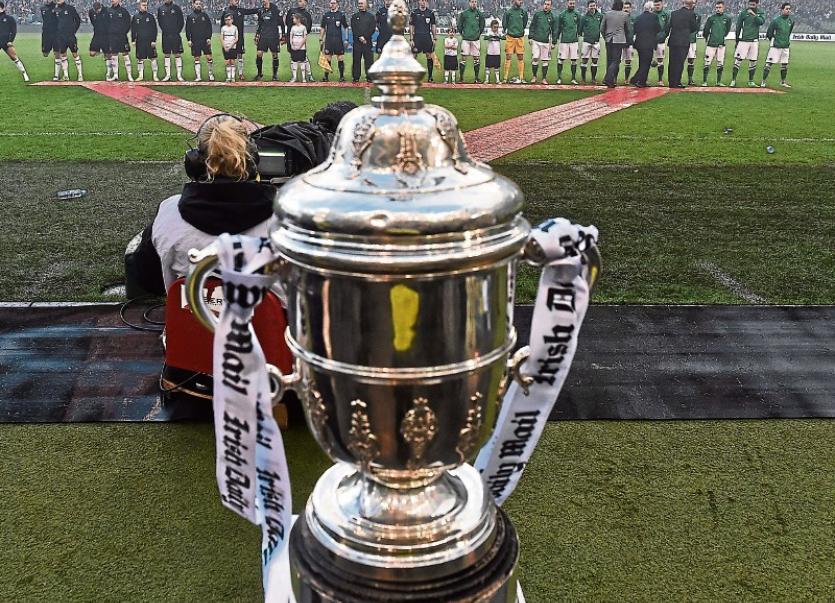 Eyes on the Prize - The FAI Cup trophy

LIMERICK FC have been drawn away to Donegal non-league side Cockhill Celtic in the opening round of the Irish Daily Mail FAI Senior Cup.

Blues’  opponents Cockhill Celtic are based in Buncrana.

Meanwhile, Limerick junior soccer side Pike Rovers have been drawn away to SSE Airtricity League First Division side UCD at Belfield.

The first round ties are due to take place on the weekend of August 12.

Two-time winners Limerick FC reached the semi-final of the FAI Cup last season before exiting at the hands of eventual winners Cork City at Turners Cross.