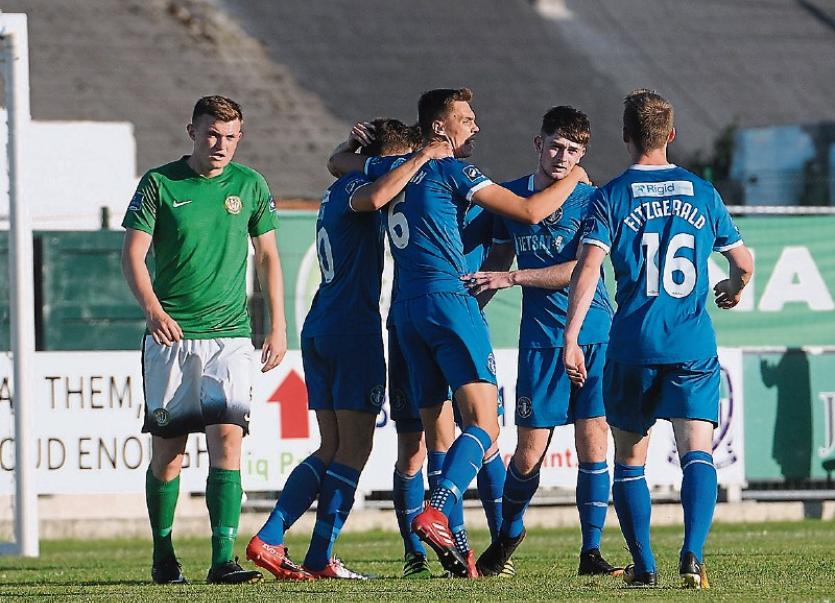 LIMERICK FC boosted their survival hopes in the Premier Division of the SSE Airtricity League when scoring a crucial 2-0 home win over Bray Wanderers at the Markets Field on Friday night.

Second-from-bottom Limerick moved nine points clear of basement side Bray thanks to goals from Cian Coleman and a Kevin lynch og inside the opening 21 minutes.

It was Limerick's first home league win in 11 games at the Garryowen venue.

Ninth-placed Limerick sit just two points adrift of Sligo Rovers and three points off Bohemians with 12 games to go in the regular season. Both Sligo and Bohs’ do have a game in hand on the Blues, however.

Since Friday night’s win for Limerick, the club has lost both goalkeeper Brendan Clare and exciting midfielder Conor Clifford to St Patrick’s Athletic as the summer transfer window remains open.

.@LimerickFCie moved nine points clear of @BrayWanderers at the bottom as they recorded their first home win in 11 games at the Markets Field pic.twitter.com/TI4Lkeu1lH

Limerick’s next outing is a difficult away assignment against Derry City at the Brandywell on Friday night, 7.45pm.

The current standings in the SSE Airtricity league table, with @DundalkFC moving to the summit pic.twitter.com/01HEteAPbg