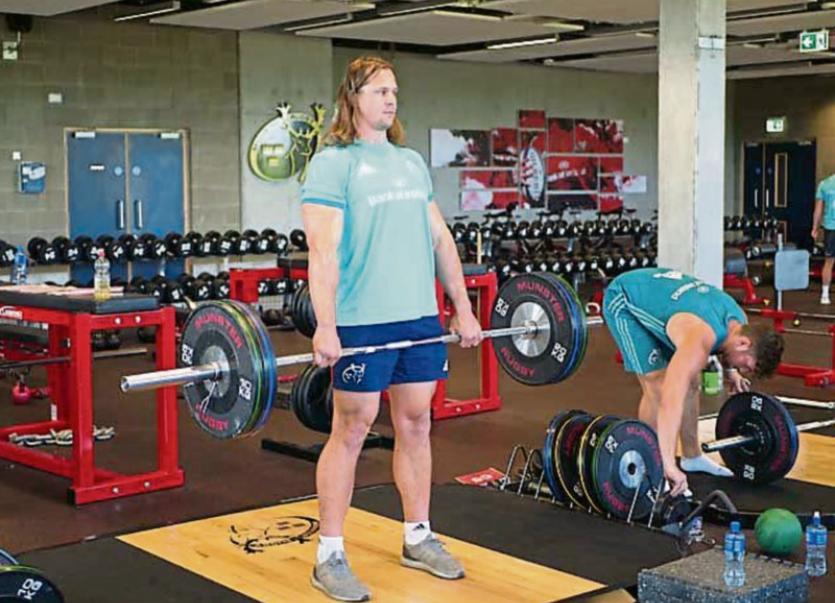 MUNSTER Rugby players have begun pre-season training at their High Performance Centre at UL this Monday following their summer break.

The players returned to the gym for testing after a month-long holiday, to kick-start their preparations for the 2018/2019 season.

Among the Munster players in attendance were several of their new signings, including South African back row Arno Botha.

The 26-year-old has joined Munster from London Irish. Botha, an explosive ball carrier who plays flanker and number eight, played his entire professional career with the Blue Bulls before moving to London in January.

A former South Africa U20s captain, he featured for the Springboks on two occasions in 2013.

Also in attendance was Munster’s new Irish-qualified full-back Mike Haley who has joined the province on a three-year contract from the start of next season.

The 23-year-old from Preston in England is Irish qualified through his maternal grandmother who hails from Tralee.

He joins the province from Sales Sharks where he has made 105 appearances for the Premiership side, including a European debut against Munster at the AJ Bell Stadium in October 2014.

Botha and Haley were joined by Garryowen scrum-half Neil Cronin who has returned to Munster on a one-year contract.

Cronin made four appearances for Munster in the 2014-15 campaign. The 25-year-old has been in impressive form with Garryowen last season and recently captained the Ireland Clubs team.

Munster’s Ireland stars will not return to the province for several weeks as they enjoy a break following their three-test summer tour to Australia.

Munster will play two pre-season friendlies in August. Declan Kidney’s London Irish come to Cork on Friday, August 17, and Premiership runners-up Exeter Chiefs visit for a first-ever meeting between the sides on Friday, August 24. Both matches kick off at 7.30pm