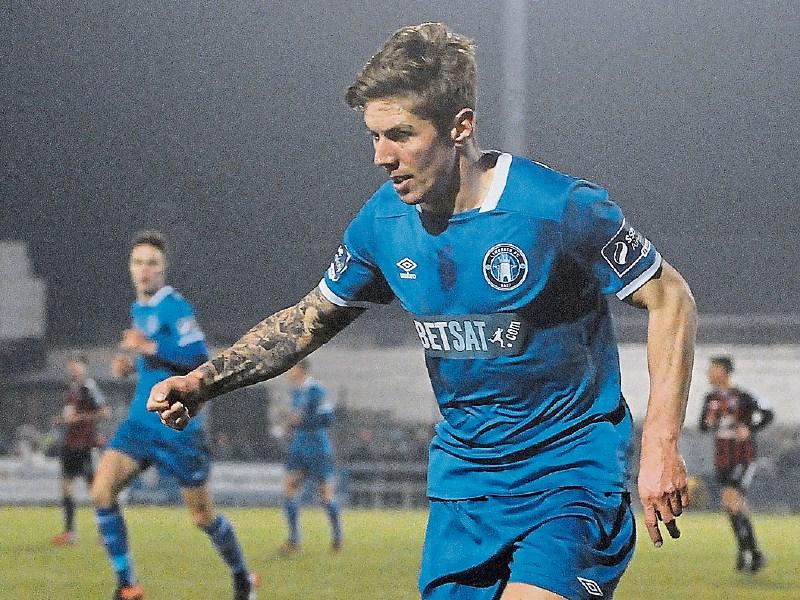 RELEGATION-THREATENED Limerick FC have been dealt a quadruple blow on the eve of their crucial relegation six-pointer with fellow SSE Airtricity League Premier Division strugglers Bray Wanderers at the Markets Field, 7.45pm.

Limerick confirmed on Thursday evening that four squad members, Conor Clifford, Mark O’Sullivan, Henry Cameron and Daniel Kearns have all left the club as the summer transfer window is about to open.

Clifford and O'Sullivan were due to miss Friday night's relegation clash with basement side Bray due to a hamstring injury and suspension respectively.

The fear for Limerick FC manager Tommy Barrett and the club's supporters is that more experienced players are likely to leave the club during the transfer window.

Limerick had hit the headlines last month for the late payment of players wages. It is expected that the Shannonsiders could lose up to six or seven players ahead of the final chunk of league fixtures.

Manager Tommy Barrett thanked the players for their service, stating: "We thank the boys for their professionalism, commitment and effort in their time at the club. They are all good professionals, honest and well committed, and we wish them all well in the future."

Former Chelsea starlet Conor Clifford only signed for Limerick FC back in April of this year. The former Dundalk midfielder had just completed a six-month worldwide ban from football for betting offences. Clifford is now sure to be picked up by another league of Ireland club, with the former Stamford Bridge academy player showing plenty of glimpses of his talents in the blue of Limerick FC.

Mark O'Sullivan, an experienced striker in the league, joined Limerick having helped Waterford to the First Division title last season. At 34, it is not known if O'Sullivan will continue to pursue a career in the League of Ireland, but the former Cork City star should not be short of offers from junior soccer clubs.

Daniel Kearns played with Sligo Rovers and is a former Dundalk and Peterborough United player.  Belfast born Kearns moved to West Ham as a teenager but didn’t feature for The Hammers first team before departing in 2010. A former Republic of Ireland U-21 international, Kearns returned to play with Dundalk and in 2011 played in the League of Ireland side against Celtic in Dublin’s Super Cup. As with Clifford, Kearns is sure to continue his trade in the League.

The final confirmed departure, for now, is New Zealand international Henry Cameron. Signed in July 2017, Cameron has failed to set the World alight during his time at the club. Capped twice by the white caps of New Zealand, Cameron who signed with the club from Blackpool, made just 7 sappearances for the Super Blues.

#LimerickFC can confirm that midfielder Conor Clifford and striker Mark O’Sullivan – who both would have missed Friday through a hamstring injury and suspension respectively – have exited the club, as have New Zealand international winger Henry Cameron and forward Daniel Kearns. pic.twitter.com/Zmsn7g9QWX