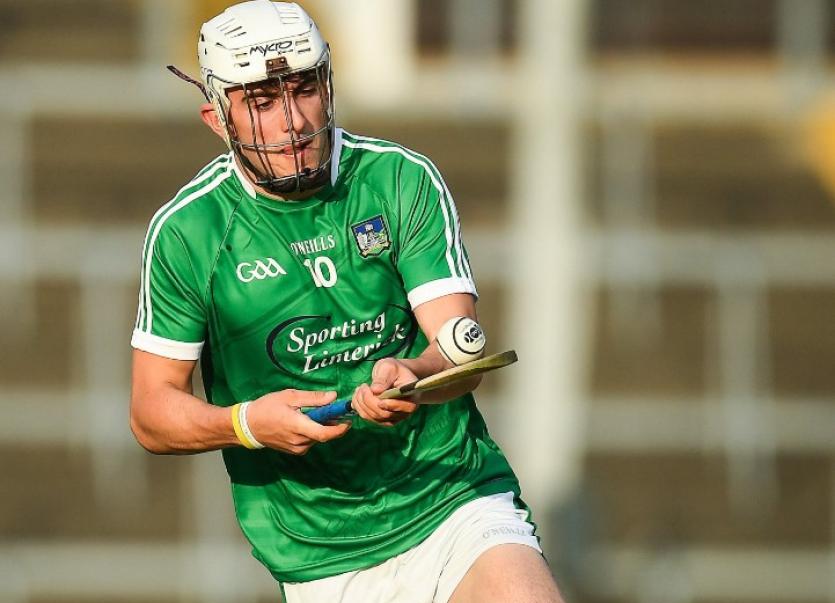 Aaron Gillane reurns to take a place among the Limerick substitutes

LIMERICK have kept faith with the side that beat Waterford by 13-points for Sunday's decisive Munster SHC derby with Clare.

Aaron Gillane returns from suspension after missing last weekend but is named among the substitutes for the Cusack Park tie in Ennis.

It's the first time in this Munster Championship that John Kiely and his management team haven't made changes in personnel from game to game.

Indeed Sunday is the 14th game of the season and just once have Limerick started successive games with the same 15 - the round one and two Allianz Hurling League games with Laois and Offaly.

With Gillane back after his red card, Pat Ryan drops out of the match day 26 for the first time in the championship.

There is still no place for Peter Casey as he battles back to full fitness. He hasn't played, due to injury, since Na Piarsaigh's All Ireland club SHC final replay loss to Cuala on March 23 and could now be set for his first game when Limerick travel to Thurles next Thursday to play Tipperary in the Munster U-21 hurling championship semi final. Fellow U-21s Kyle Hayes and Seamus Flanagan are in the senior team to play Clare, while another U-21 Barry Murphy is among the senior subs.

TEAM: @GaaClare Senior Hurling Joint Managers Donal Moloney and Gerry O'Connor have named their starting 15 to face @LimerickCLG in Round 5 of the 2018 @MunsterGAA Senior Hurling Championship at Cusack Park in Ennis at 2.00 p.m. on Sunday.

Meanwhile, the Clare team shows two changes from the side that beat Tipperary in Semple Stadium last weekend. Seadna Morey comes in for David Fitzgerald at ring wing back while Podge Collins starts at right corner forward in place of his Cratloe clubmate, Conor McGrath.