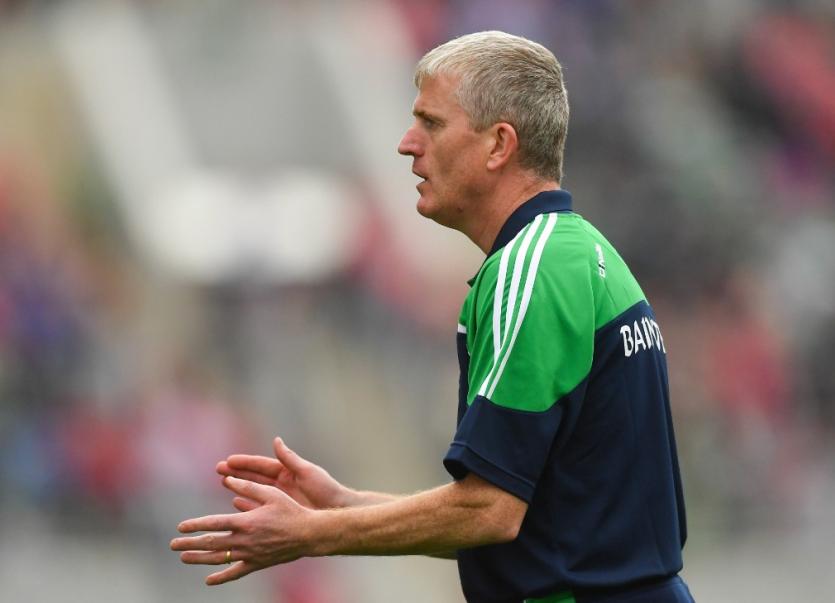 JOHN Kiely lavished praise on his Limerick senior hurlers as they battled to an epic 0-28 to 1-25 draw with Cork.

Limerick had to play almost three quarters of the Pairc Ui Chaoimh encounter with 14 men after a straight red card for Aaron Gillane.

“It shouldn’t be the story of the day, that sending-off. The story of the day is the manner of our performance in the second half where we were down to 14 men and we still looked like we’d 15 men on the field. That’s the difference,” said Kiely after the Saturday evening Munster SHC game.

However, the Limerick manager did comment on the red card.

“I didn’t see it yet so I don’t know. That’s genuine. I haven’t seen it back on tape yet. So I’ll wait. I don’t know whether there is any footage of it. Just seemed very strange situation for two players to get booked in the same situation and for one to get the red card and one to get the yellow. That seems rather odd,” said the Limerick manager.

He then referenced an off the ball injury to Richie English in first half injury time.

“We had a situation at the other end of the field where our player Richie English and I can tell you, I feel like issuing a photograph of the state of his rib cage after what was done. It was worse than what happened at the other end of the field, I can assure you that. There was no card issued in that situation so it was inconsistent,”outlined Kiely.

“I know that lads have a tough job refereeing the games. It is very difficult. There’s a lot happening, you’ve to get up and down the field but I just think what’s good for the goose is good for the gander. But listen at the end of the day we’re not looking for players to be sent-off on either side. We want all the players on the field for as long as possible. I just think the first situation could have been dealt with more common sense.”

The Limerick boss spoke glowingly of his players after a game where the sides were level on 11 occasions and 10 different Limerick players accounted for their 28-points.

"Superb, great heart. Massive courage and determination, they never gave up and to be fair to Cork, we went three up and Cork came back, went up again and we fought back again. It was a fantastic game of hurling, a phenomenal game. I'm just so proud of my lads, they worked so hard, kept their composure, kept their cool.”

He added: "We move onto next week, it was a very valuable point, we've three points out of four and delighted with that".

“Pride, I suppose, is the probably the most overriding feeling that I have. Very proud of our players and the manner in which they saw out the whole game. Showed huge composure and saw out the game in a way I was very, very proud of because they just never panicked even though they fell behind a few times.”

As well as the red card for Gillane, Limerick lost captain Declan Hannon to injury in the sixth minute.

“I’ve no further comment on that. None. Sorry,” said the Limerick manager when asked of the substitution.