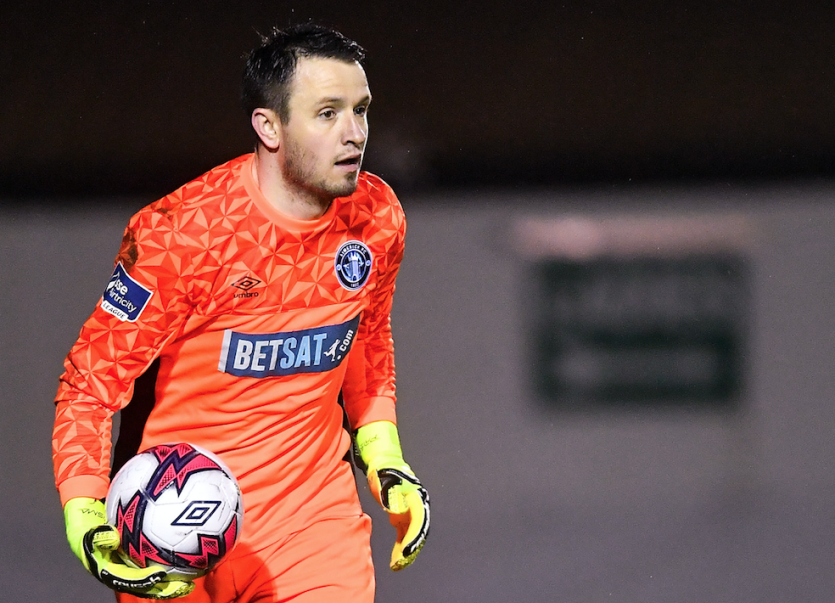 Limerick FC goalkeeper Brendan Clarke has confirmed that the club owe the entire squad wages for the month of May and that officials insisted they won’t get in the way of players leaving should they receive an offer.

The Shannonsiders drew 1-1 against Bohemians last night, but despite a late equaliser from Dan Casey, more drama took place before a ball was kicked at the Markets Field.

Players and coaching staff were called into a meeting just after 6pm where financial difficulties were to be discussed and players were informed that the money wasn’t there to pay them wages owed for the month of May.

Clarke was one of the senior players in the dressing room when the squad were told of the financial uncertainty. He said:

“We were told to be there for six, which was early for a matchday. The club apologised for lateness of wages and said they’re waiting on sponsors cheques to clear. Club officials then told us that the way things are, we’re free to go and we won’t stand in your way.

“After the meeting, officials left and then coaching staff left. We had a discussion about whether or not we’d play – do we or do we not? Do we train or do we not?

“Everyone's now been landed in the bullsh*t stereotypical League of Ireland situation which is embarrassing. It's a real eye opener for some of younger lads in the squad.

“But we decided there was no point in making a bad situation worse. We also said to anyone that if they didn’t feel they could give 100%, not for the club, for the players next to them in that dressing room, that they didn’t have to play at all.

“To be fair everyone who was fit and available for selection, they said they'd commit to playing and give everything they had for their teammates. I think to perform the way we did given what we'd been through just before the game can leave no supporter, commentator or analyst questioning the character or integrity of that squad.

“We were assured that we wouldn’t be owed a penny by the club, just that they couldn’t tell us when the money would be there.”

It is understood that the majority of the Limerick FC squad have offers available to them, should they opt to the leave the club.

*Editor's Note* - Limerick FC have yet to respond to our enquiry this morning surrounding the issue, with no official statement promised at time of this article.