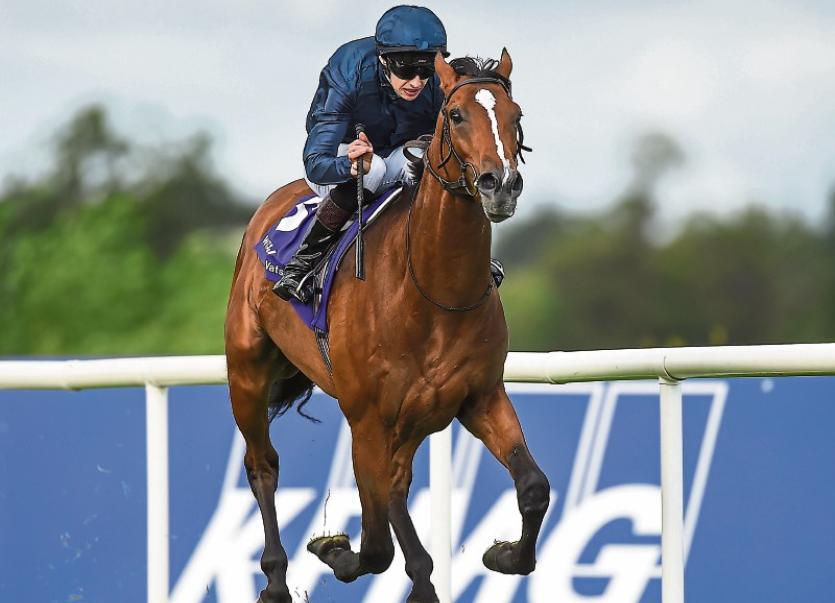 THE 239th Epsom Derby takes place at Epsom Downs Racecourse this Saturday, June 2 at 4.30pm. The race is worth a staggering stg £1.5million.

Saxon Warrior, one of seven remaining contenders for reigning champion Flat trainer Aidan O'Brien, maintained his unbeaten record in style when powering to victory in Britain's first Classic, the G1 QIPCO 2000 Guineas, over a mile at Newmarket earlier this month.

8/11 market leader Saxon Warrior bids to become just the third horse this century to complete the QIPCO 2000 Guineas/Investec Derby double after Sea The Stars (2009) and Camelot (2012).

At odds-on, Saxon Warrior is not a working man’s price. One of his stable mates worth a second look at a bigger price is Nelson.

Nelson made all in a Group 3 at Leopardstown last September, before finishing a neck-second to Roaring Lion in the Royal Lodge at Newmarket later that month. He went on to land the Ballysax at Leopardstown on his reappearance in April, and while he finished sixth in the Derrinstown Stud Derby Trial, the step up in trip this weekend could well suit him.

At odds of 40/1, Nelson has genuine each-way claims.