On The Ball - The ‘Greatest League in the World’ or the greatest mess? - Andrew Cunneen 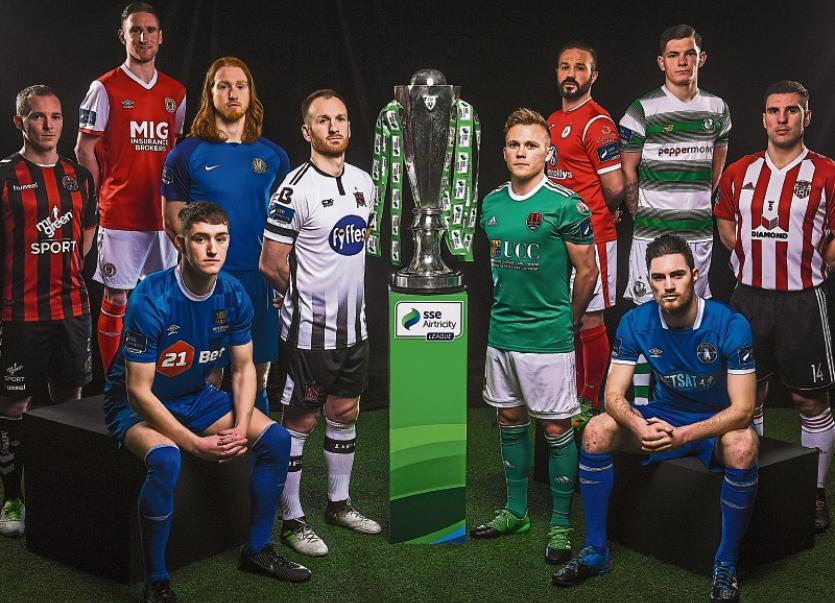 This story has been written before and no extra sympathy or admiration should be given for his plight or privilege, depending on what way you view it.

After all, it should be considerably easier now than it ever was, with the adjustments being made to a flawless model of periodization – a methodology to maximise performance through structured training intervals. With such a strict training regime, O’Sullivan’s switch between Irish history and footballing future should be straightforward. Except it isn’t.

Periodization and associated buzzwords are well and good when you have a logical and stable base from which to implement them. This season, the fixture congestion that’s hampered so many hasn’t made periodization more difficult – it’s made it impossible. Best laid plans etc.

The Glin native is just one example. Consider part-time Bohs, part-time Bray and those with irons in far more sensible fires career-wise.

The balance is tough in any given season, but this current campaign is a prime example of the flawed lines of communication between the governing body and the coaches and players who run the league they adore in a far more honourable manner.

Hindsight is fine. In this league, it’s borderline rich. But the seismic problems that were obvious from day one are hamstringing players and clubs – quite literally in the case of the former.

Limerick played Cork twice in a fortnight. Pat’s and Rovers faced off twice in eighteen days. These games’ lure has often contributed to the bigger bumps in the attendance graphs. Even the legacy of fixtures that has taken years to grow is now being undermined by kamikaze scheduling.

Who can blame fans, either? The hardcore are being stretched financially, those who attend regularly are now picking and choosing and the overload of games takes away from its status as somewhat of an event. Even if you consider going to every game, the quality has fallen. That’s because of the congestion and both fans and players are being done out of their money.

Imagine a scout popping over to watch a promising young player and basing an opinion on a performance that he’s given after playing five times in the previous fortnight.

Sligo and Limerick had a combined total of fifteen players missing for their huge relegation clash the other night. A lot of the absences were due to muscle injuries; knocks that have been exaggerated due to conditioning struggles. In a given week, a full-time pro could play three games, with just recovery sessions and walk-throughs for the upcoming game.

If a player picks up a knock that saw him out for three games last year, he could miss twice as many this season – all in a campaign unintentionally designed to maximise the risk of this happening. I use Limerick as an example as they’re the club I see most frequently. They played twenty times in ninety-four days.

They’re a club who are full-time, although they carry part-time playing staff. Some live out of town and have to commute. Some have families. Around the league, some players have families, jobs and a footballing career that can’t be considered full-time, but overtime.

The league is suffering for it because those who deal with the day-to-day stuff aren’t consulted on the day-to-day planning. PDFs and Powerpoints don’t consider the unseen human elements and even if they did, they couldn’t be effectively implemented if the vehicle to convey their messages was outdated, out of touch and not fit for purpose.

No club can run off this model without advanced planning – something that clubs have very obviously lacked in recent times. Sometimes the excuses don’t suffice. Here, it’s hard to condemn.

Clubs can’t assess managers or players in these conditions. It’s impossible to compare, because nothing is as messy as this; previously in Ireland or anywhere for that matter.

The fun is only beginning. If clubs go out of the FAI Cup at the first hurdle, they’ll have free weekends. Many free weekends. Finally, players will have their routine sessions. But for what? How do you motivate and plan for games that seem further away than a solution to this madness?

The beautiful sprint finish to marathon seasons we’re so used to seeing for European spots, titles and avoiding the drop will be long, drawn-out slogs that won’t capture the imagination due to the fragmented scheduling.

If you avoid the drop, you’ve likely done so because of luck with avoiding injuries. That trend applies to all the colourful battles in the standings.

The greatest league in the world looks like the greatest mess I’ve ever seen and I feel for everyone involved in it.