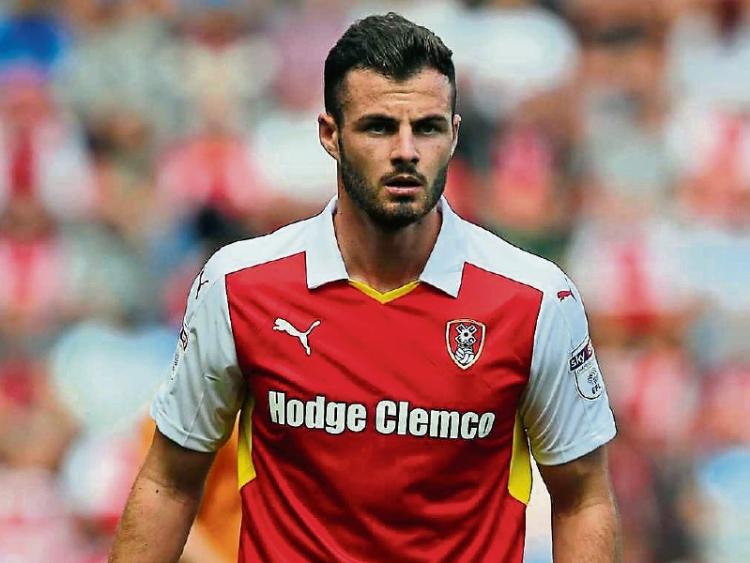 EXCITING Co Limerick winger Anthony Forde is celebrating Rotherham FC’s return to the Sky Bet Championship for next season following their nail-biting 2-1 League One play-off win over Shrewsbury Town at Wembley this Sunday.

Highly rated 24-year-old Ballingarry native Forde was introduced as a substitute in extra time as Rotherham secured a dramatic victory to seal their return to the Championship for the 2018-2019 season.

Rotherham, relegated from the Championship just 13 months ago, had the better of the chances and were worthy winners, thanks to two goals from defender Richard Wood.

20| MILLERS SUB - Newell's name is chanted as he makes way for Forde. He's been the assist maker for both of Wood's goals.

A few months later, Forde made his Premier League debut away to Chelsea. The then 18-year-old was handed his first start in England’s top flight against Arsenal at the Emirates the following month when Wolves picked up a point.

Forde appeared 21 times for the Molineux club and took in a loan spell with Scunthorpe United and by this time had been capped by the Republic of Ireland at U19 and U21 level before leaving to join Midlands neighbours Walsall in 2014.