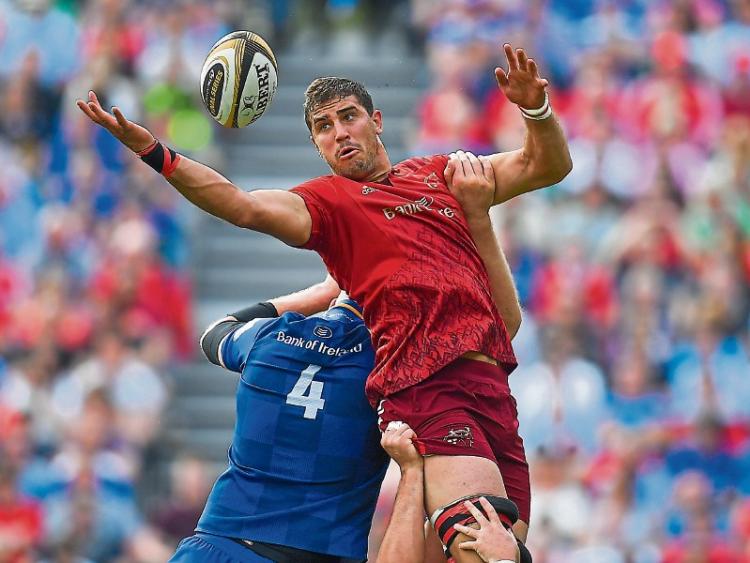 HE has been, perhaps, the most talked about Munster player this season, but fans didn’t get to hear him speak.

Munster’s South African second-row Gerbrandt Grobler is due to leave this province at the end of the week as his contract comes to an end.

Grobler will join Aviva Premiership side Gloucester next season.

Grobler has faced plenty of controversy during his time with Munster, after he served a two-year doping ban between 2014 and 2016, having admitted to taking a banned anabolic steroid.

After the media controversy over his presence at Munster died down, Grobler gained more gametime with the province and he enjoyed an impressive finish to the season, making 11 appearances in total.

As rugby pundits, journalists and fans queued up to have their say on whether Munster should have signed the South African, the player wasn’t up for interview with the media.

That’s the province’s and player’s prerogative, of course, but it would have been good to hear his side of the story. This week, Grobler did do an interview with the Gloucester Rugby website in which he said the ‘Cherry and White’ head coach Johan Ackermann had proved to him that ‘there is hope in life’.

Munster fans will watch his progress at Gloucester with more than a little interest.