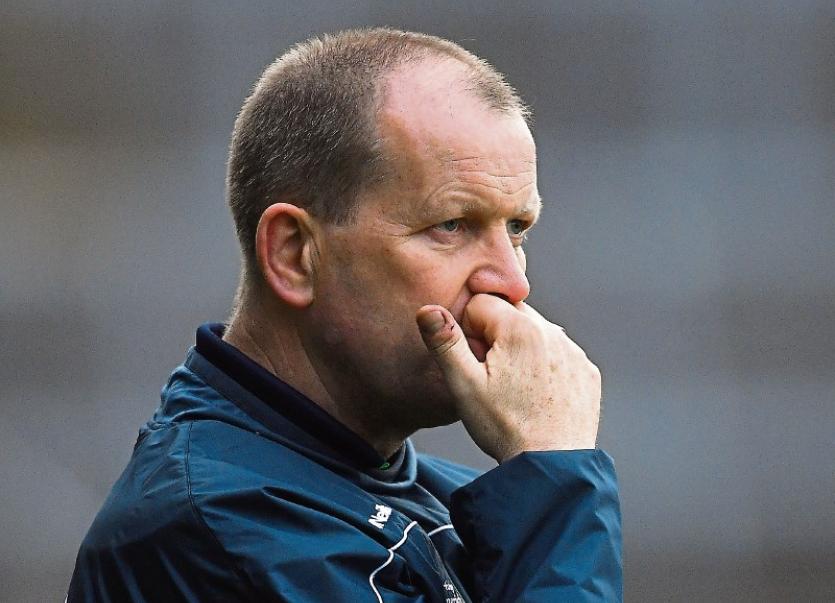 LIMERICK football manager Billy Lee lashed out at “shocking” level of administration in Limerick County Board following his teams exit from the Munster SFC.

Limerick lost to Clare 1-23 to 0-14 in the Gaelic Grounds this Saturday evening and afterwards Lee detailed a series of events that left him “disappointed” and “infuriated”.

“Some of the stuff I have had to put up with this week from our County Board has been shocking - absolute shocking,” stated Billy Lee.

“During the week we came here to training and brought fellas down from Dublin, Cork and Galway and there was no food provided for the players - someone f**ked up,” he outlined.

“There was a lad on our bench today that we couldn’t use because the wrong list went to Croke Park. At quarter to four this evening I had to have a conference call with my management team to sort out this and even as late as 10-minutes before throw-in to the game there was a game of Russian roulette being played because I wasn’t prepared to come out on the field with the team - it was gone to that extreme,” revealed Lee, who is in his second season at the helm.

“He added: “They changed it some bit, but at half time they came again and said if we won this game we would have to forfeit the game”.

“We have full time administrators and they can’t do their job right,” he said.

“I left Limerick here on Wednesday and after training from here to Newcastle West my whole night was on the phone to officials to get their act in order. As an organisation in Limerick we need to pull ourselves together fairly fast and it’s up to the leaders in positions to lead. The first retort to me, was that I was wrong. John (Cregan, Limerick GAA chairman) has a job ahead of him to try and sort out this kind of stuff and I really don’t mind what they think of me. I have a bunch of players inside there and I am doing my best for them and that’s the important thing - they are the people who represent Limerick, not the officers, the officers administrate and they need to do their job.”

Lee outlined the sequence of events.

“On Wednesday morning, no one had told me that there was a team to be in for the programme and I had to convene a conference call during a busy day at work to get it and as a consequence of this there was a f**k up. People paid to do a job and they can’t do it - that’s what we are dealing with in Limerick. We were focused on putting a team into Croke Park for 9.00 on Thursday morning - that the ultimate and anything after that you can’t change, unless an injury to a goalkeeper. I was focused on that and they will tell me I should know but there is so much and I have a full time job and you would expect someone to tell you it was needed for the programme. I had training down for Wednesday night and if I knew we would have training on Tuesday - we had two lads (carrying injuries), Seamus O’Carroll and Jim Liston who we were giving every time to try and make the panel.”

He continued: “The wrong email was sent to Croke Park - I am going to call it straight; Mike (O’Riordan) was on holidays and he put no contingency in. He looked at the first email, which was from the County PRO and he fired that onto Croke Park instead of checking. That is shocking.”

“Up to 10-minutes before the game my focus was on what we were going to do - now that doesn’t excuse us losing the game but that’s the bulls**t we have to put up with. It is so infuriating, people have no idea - it’s madness. We had a young fella there bursting his ar** to get on the field and I had to tell him afterwards, because he would be wondering why he didn’t get on.”