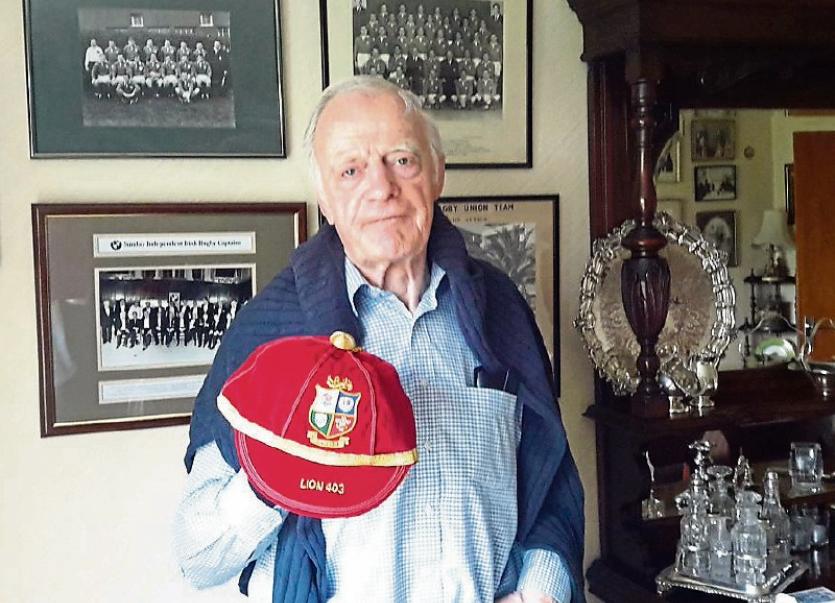 Rathkeale native Bill Mulcahy, who toured with the British and Irish Lions twice in 1959 and 1962, pictured with his ceremonial cap this week. Picture: Cara Mulcahy

RATHKEALE native Bill Mulcahy was among those to receive ceremonial caps for the first time as the British and Irish Lions recognised their contribution to the side.

Former second-row Mulcahy, who won 35 caps for Ireland, toured with the British and Irish Lions to Australia, New Zealand and Canada in 1959 and to South Africa three years later when he brought his tally of Lions Test caps to six in all.

Mulcahy, who won his Ireland caps between 1958 and 1965, also captained his country eight times.

Mulcahy played in 15 out of the Lions 33 tour games in 1959, and earned two test caps, against Australia on June 6 and against New Zealand on 19 September. The Lions stunned New Zealand 9-6 before 60,000 spectators at Eden Park in the fourth Test that day.

Mulcahy played in 17 out of the Lions 24 tour games in South Africa three years later, including all four of the tests.

As members of the 1888 Club, 419 living and the next of kin of 416 deceased British and Irish Lions have received a one-off, hand-stitched cap that bears the unique playing number awarded only to players who have played competitively in the iconic jersey.

The recognition coincides with the 130-year anniversary of the first British & Irish Lions game against Otago in Dunedin on April 28, 1888.