Stephen Fitzgerald: ‘I want to be the starting full-back for Munster’ 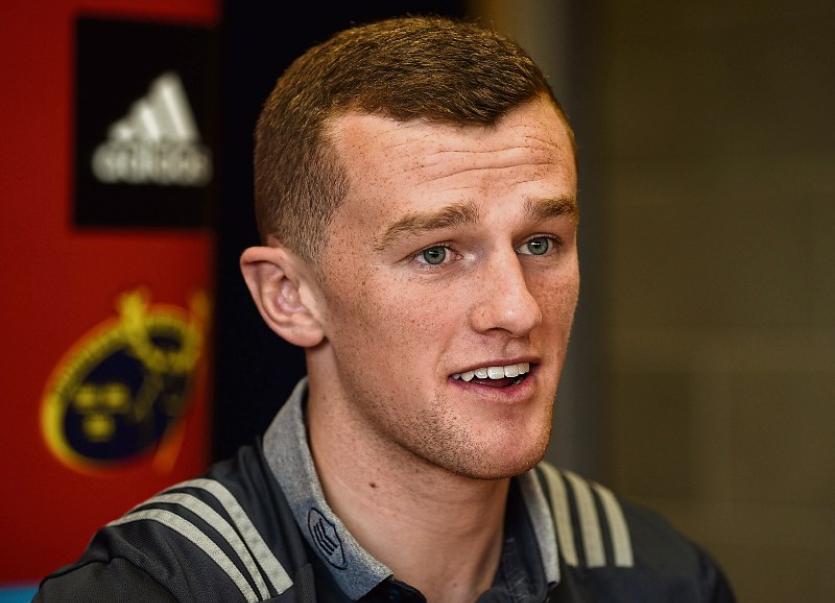 STEPHEN Fitzgerald has set himself a clear goal at Munster –establish himself as the province’s first choice full-back.

With full-back Simon Zebo set to depart for Racing 92 in the French Top 14 this summer, 22-year-old Fitzgerald, who is set to make his second Pro14 start of the season against Ulster this Saturday, is keen to make his most of the opportunity to impress.

Former Ardscoil Ris and Ireland U-20 star Fitzgerald said: “As I say, I’ve been knocking on the door, but I seem to be getting a few opportunities now.

“With Zeebs leaving, I know Mike (Haley) is coming in (from Sale Sharks this summer), but all I can do is just keep playing as well as I can and then every time Johann (van Graan)  gives you the chance hopefully take it,

“I do want to be the starting full back for Munster and I have no problem saying that. That is my goal and ambitions for the next few years and hopefully that happens.”

While number 15 is the jersey he covets most, versatile Shannon clubman Fitzgerald would also be more than happy to play on the wing.

“I’ll happily play there (wing) if he selects me, I don’t mind but I’ve always played full-back and I feel that’s where I play my best rugby, but if Johann selected me to play prop I’d have no problem playing there!”

Fitzgerald watched last weekend’s bitterly disappointing Champions Cup semi-final defeat to Racing 92 with a few Shannon team mates who were celebrating their side’s promotion to Division 1A of the Ulster Bank League for next season.

“I watched that Munster game with a couple of Shannon lads. They were still out celebrating, but I wasn’t! It was disappointing (the loss against Racing 92).

“I was just sitting there after the three tries had gone in with my head down and the (Shannon captain Lee Nicholas) was asking, ‘are you alright?’ Obviously they would understand how close I’d be to all the lads.

“After the disappointment of last weekend all the squad want to do is to bounce back and there’s no better way to do it than with an interpro, especially against Ulster.”

Fitzgerald, who is signed with Munster for next season, says he has learned a huge amount from the province’s Player of the Year Keith Earls since coming through the ranks.

Fitzgerald said: “I remember when I was growing up in Limerick he was the big thing coming through. I remember watching him in the Schools Senior Cup final playing for St Munchin’s and he won that match pretty much himself, he was that good.

“Over the past two years he’s changed what he’s done himself,  but I think he’s one of the best players in the world and I’m not just saying it because he’s from Munster.

“I love watching him play. Every time he gets the ball he looks like he can make something happen and that’s what I want.”