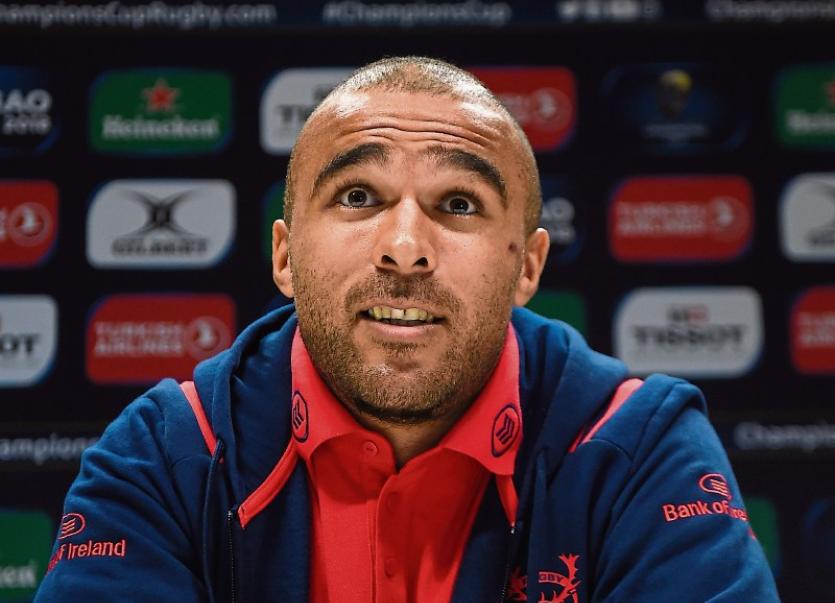 Munster rugby have named their side for the Champions Cup semi final with Racing 92 this Sunday in Bordeaux. (Kick off 3.15pm Irish time)

In somewhat of a shock move, Andrew Conway, who scored a wonder try against Toulon is picked at fullback in place of Simon Zebo. Alex Wootton will start on the wing, in what is a massive vote of confidence for the Garryowen winger.

Head coach Johann van Graan has also included Keith Earls in his line up. The Limerick winger has not played since sustaining a knee injury in the final game of Ireland's Grand Slam victory at Twickenham.

In the pack, Niall Scannell starts at hooker alongside Dave Kilcoyne and Stephen Archer, while Jean Kleyn and Billy Holland will provide the power in the second row.

Jack O'Donoghue, who was an injury doubt this week, is named at seven alongside captain Peter O'Mahony and CJ Stander in the back row. 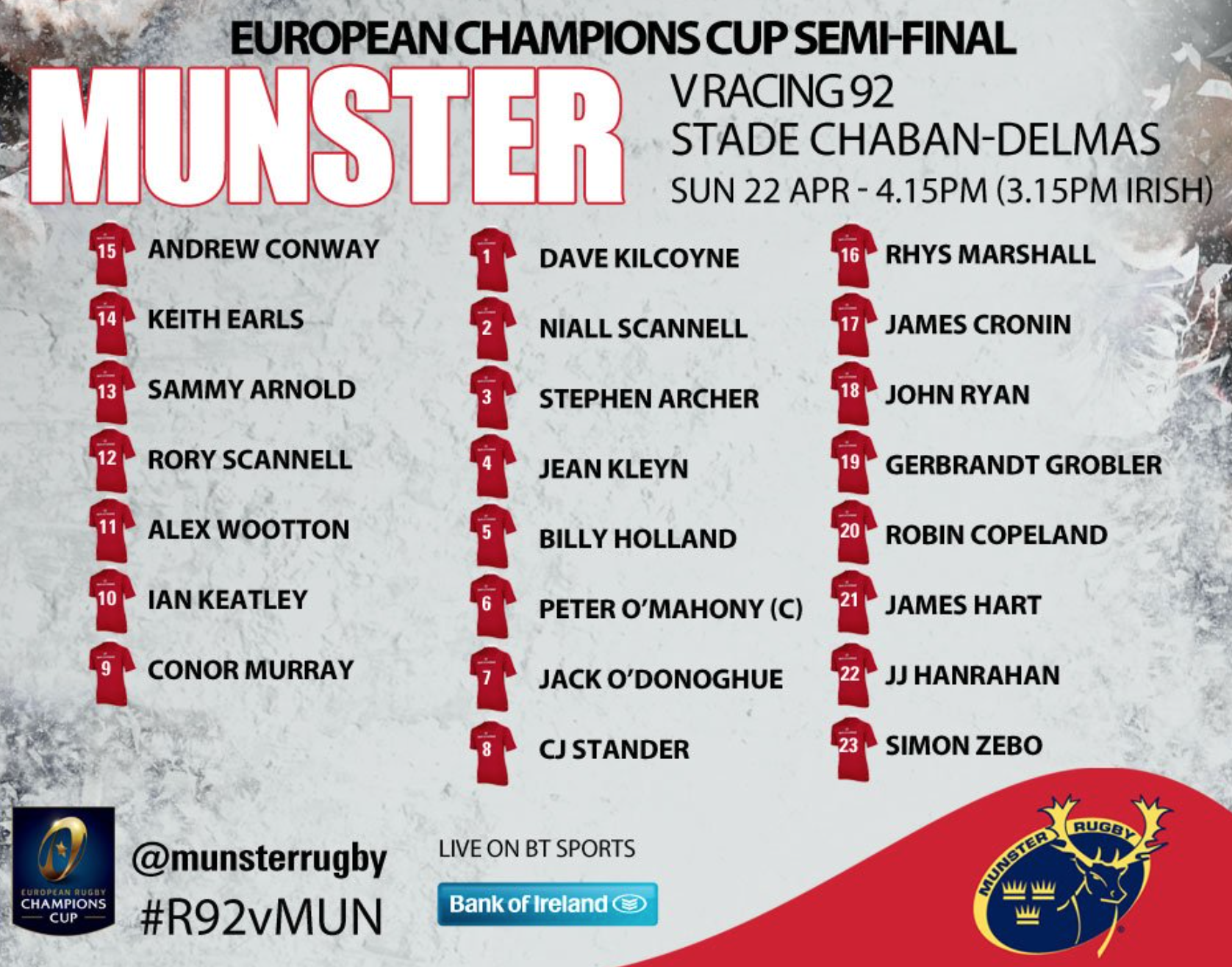