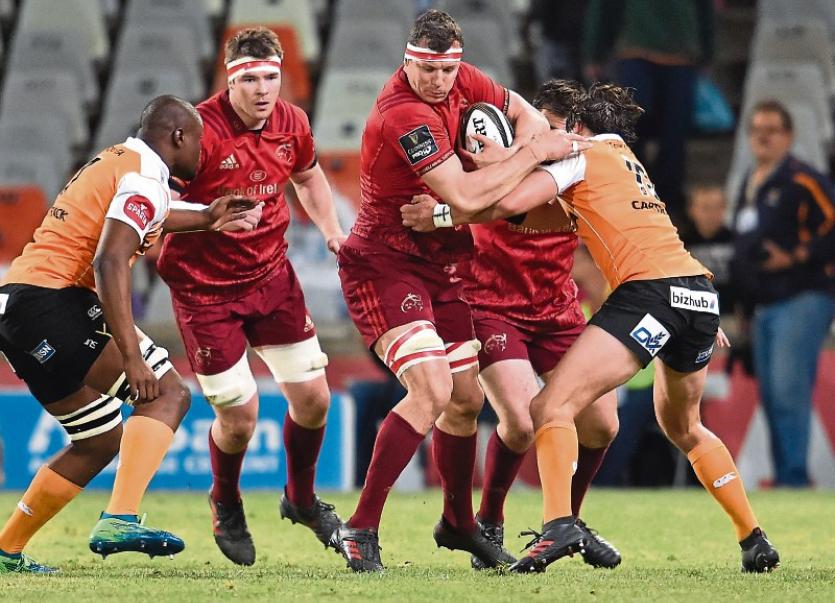 MUNSTER made it back-to-back wins on their tour to South African when edging past the Cheetahs 19-17 in their Guinness Pro14 fixture in Bloemfontein on Friday night.

A superb 66th minute Conor Murray penalty goal, kicked from inside his own half, steered Munster to victory, ensuring the Irish province of a home fixture in the first play-off round of the new-look Pro14.

Murray, who came on as a first half replacement for the injured James Hart also sniped over for a vital first half try as Munster recovered from a 14-point deficit to record the second win of their tour following last Saturday’s success against the Southern Kings.

In winning the nail-biting game, Munster become the first travelling PRO14 side to win both of their games in South Africa this season in the Pro14.

The only downside for Munster was an unfortunate injury picked up by scrum-half Hart on 36 minutes. He will be assessed by Munster’s medical team.

Catch the end on @SuperSportTV 1 and Sky Sports Mix! pic.twitter.com/N3QD7fMRm4

The victory is a timely success for Johann van Graan’s side ahead of Sunday week’s mammoth Champions Cup semi-final clash away to Racing 92 in Bordeaux, 3.15pm Irish time.

The Munster squad is due to fly home from South Africa this Saturday.

The Cheetahs dominated the first half and led 17-7 at the break.

Tries from Clayton Blommetjies and Tian Meyer helped the hosts to that 10-point half-time lead.

All the @Munsterrugby supporters who travelled to support #MunsterInSA deserve a huge round of applause...
It’s more than a club, its family ❤️ pic.twitter.com/7hWCecmfiX

Cheetahs had come into the game on the back of a three-game winning streak.