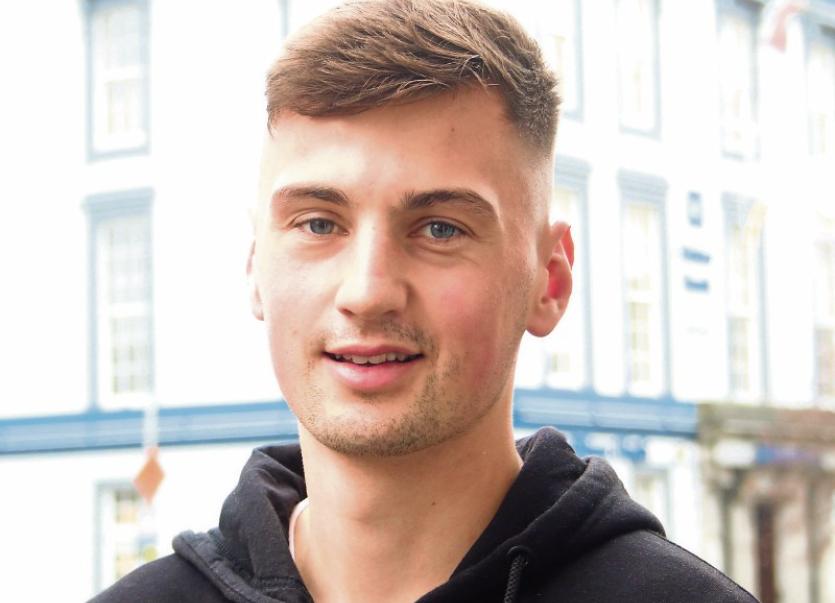 Ballybrown's Paudie O'Connor, who has made two starts for Leeds United in the Sky Bet Championship in the past week

Ballybrown man O’Connor played the full 90 minutes as Leeds played out an exciting 1-1 draw with the John O’Shea-captained Sunderland.

O'Connor, who turns 21 in July, had also been part of the extended Leeds first team squad for their game away to Fulham last week.

The stylish defender is in the middle of a two and a half year deal with Leeds United after moving over to the English giants on March 1, 2017.

When Thomas Christiansen took over at Elland Road last summer, he included O'Connor in his pre-season preparations and the Limerick man was on the bench for EFL Cup win over Newport County.

Since then, O’Connor has been a regular in Leeds’ Under-23 side, including captaining the side.

O’Connor’s rise in football has been nothing short of meteoric. From Kilcornan, to Breska Rovers, on to Regional Utd, he signed for Limerick FC at 16 in July 2013 to play with their U-19s, before graduating to play at SSE Airtricity League level with the Blues senior side.

O’Connor said the opportunity to make his senior debut for Paul Heckingbottom's squad at Leeds had come about quite quickly.

O’Connor played at the heart of the Leeds defence alongside Swedish international defender Pontus Jansson, who captained his country in their recent friendly fixture away to Romania.

Paudie O’Connor told Leeds Utd FC TV: ”It came about quite quickly. Obviously, there are a few injuries and the gaffer gave me an opportunity to play on Saturday, so I enjoyed (the game). It was good.

“The manager spoke to me and Pontus (Jansson) on Friday to tell me I was going to play. He just said I would be slotting in left side, so he just said go and play your usual game and enjoy it.

“Since the gaffer has come in the last few weeks, and with the injuries at training they needed a centre back, so I got the call up and am happy to play my part.

“I slept alright on Friday, woke up on Saturday morning and I suppose there were a bit of nerves, but that’s always a good thing at the same time.

“Once the game kicked off and I settled in it was fine.

“Pontus has been good, he talked me through the game, keep doing the simple things right, be aggressive, go win your 50/50s and when you get on the ball, be composed.

“Before this, the biggest crowd I had played in front of was probably maybe 3,000-4,000. It was a big step up, but the crowd here are fantastic.

“They always get behind the team no matter what. It was great to finally get to play in front of them.

”Once you win your first header, your first tackle, get a few passes out of the way, then you settle in and feel like you are at home, I suppose, once I got that out of the way I felt fine.

“It opened up last 15-20 minutes. There could have been more goals scored. We will take the point and move on.”

O’Connor is hoping to rack up more appearances for Leeds’ senior side before the end of the season.

”I definitely want to stay involved. If I am thrown in again I look forward to it.

“There definitely is a pathway here at Leeds. I just got to be patient.

“I have been here just over a year now, wait for you opportunity and when you do you got to take it and hold onto the shirt for as long as you can.”