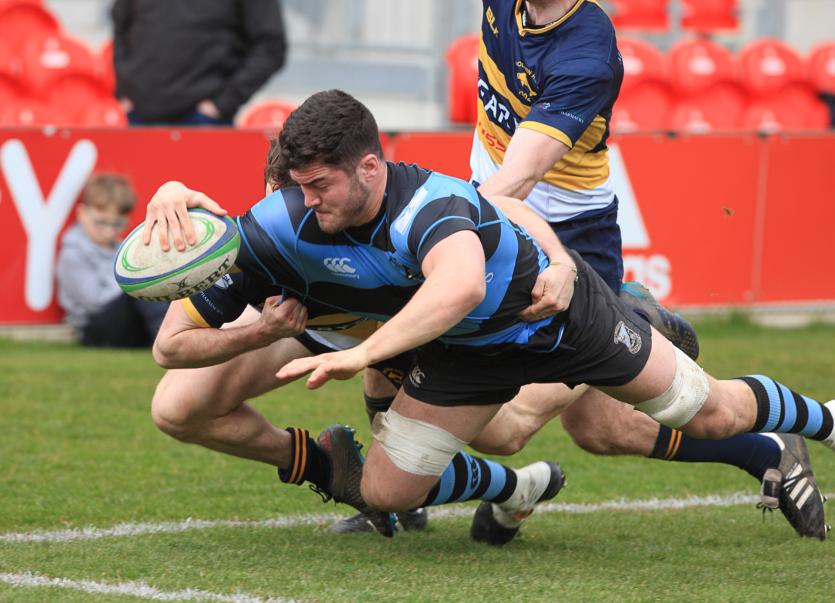 Kelvin Brown, in possession scored two tries for Shannon in their Ulster Bank League win over Dolphin at Musgrave Park

RESILIENT Shannon kept their promotion back on track in Division 1B of the Ulster Bank League with a crucial 29-17 bonus point win over struggling Dolphin at Musgrave Park.

Shannon ran in four tries in seeing off their Munster rivals, who are now relegated to 2A, with back-row Kelvin Brown grabbing a brace for the visitors.

The win sees Tom Hayes’ Shannon side jump up to second place in the table, ahead of Banbridge on scoring difference and one point behind leaders Ballynahinch who occupy the automatic promotion position.

Shannon’s next game is an away date with Old Belvedere on Saturday next, while the Parish side complete their regular season with a home game against UCC on Saturday, April 14.

Shannon led their hosts 14-10 at half-time at Musgrave Park, thanks to tries from Ty Chan and Will Leonard, both converted by Conor Fitzgerald.

A 42nd minute try from Kelvin Brown, his first of two touchdowns, helped the Limeirck side pull clear and the try bonus point was secure when Brown got over for his second try on 55 minutes.

Fitzgerald kicked three conversions and a penaly goal to seal a precious victory.