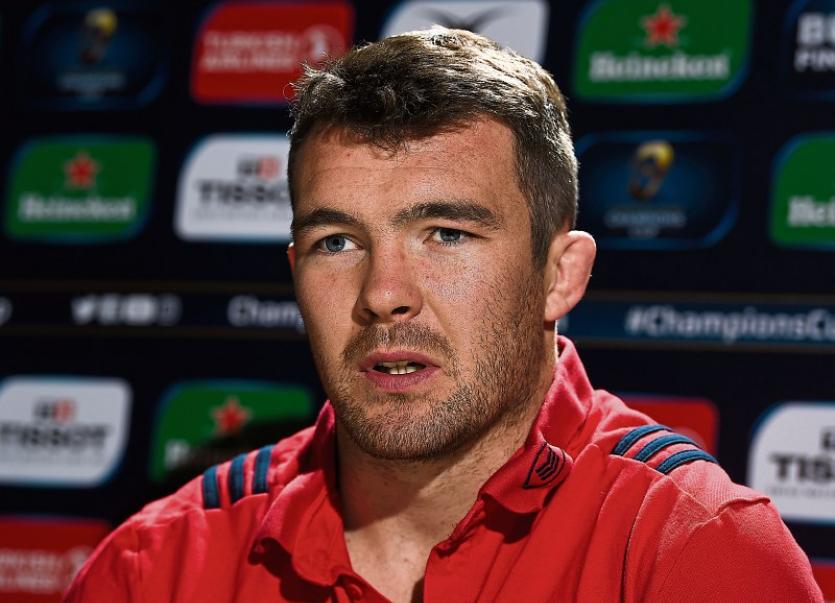 It is now 10 years since Munster last won the European Cup. Last season, the two-time winners exited the Champions Cup at the hands of Saracens at the semi-final stage at the Aviva Stadium.

Munster skipper O’Mahony said the fear of losing at a ‘sold-out’ Thomond Park would drive the side on against the three-time European Cup winners on Saturday.

Peter O’Mahony said: “Unfortunately the bad memories are always the ones that stick out, and you always have a little bit of fear driving you on.

“Not that you’ll sit down and think about it, but you’ll get a flashback and they’re not feelings you want to have again.

“That’s part of being an elderly fella who have played a few times in the knock-out stages and been beaten. You don’t want to be back there again.”

O’Mahony is one of three players returning to the Munster side following their Grand Slam-winning heroics with Ireland.

Asked how hard it was to settle quickly back into the Munster squad, O’Mahony said: “You’re coming back home and settling in, and you know you’ve got the biggest week in the club’s year so far coming up, so it focuses the mind.

“Obviously, Toulon coming here in the quarter-final of Europe, it doesn’t get any bigger than that.

“If you needed a way to focus the mind you watch their performance over the weekend against Clermont, I know Clermont will be disappointed with some of the aspects of their play, but it was a very impressive, relentless performance from Toulon, so, not that you needed to focus, but that would certainly do it for you.”

O’Mahony agreed that home quarter-finals against heavyweight European opposition were big days for the Munster supporters as well.

O’Mahony said: “Yeah, they always are and we work hard during the pool stages to try and get a home quarter. Everyone wants to be at home for a reason.

“It’s about one per cents in this game, you hear that a lot, and it probably makes it one per cent easier but all those big games that we’ve seen won in Thomond Park, it comes down to a massive performance on the day as well.

“That’s what we’ve got to worry about. It’s the performance, matching the supporters’ performance that they always come out with, particularly in Europe, even more so in the knock-out stages.

“We’ve fabulous support, relentless support all over the world, and they’ll be flat out hopefully at the weekend.”