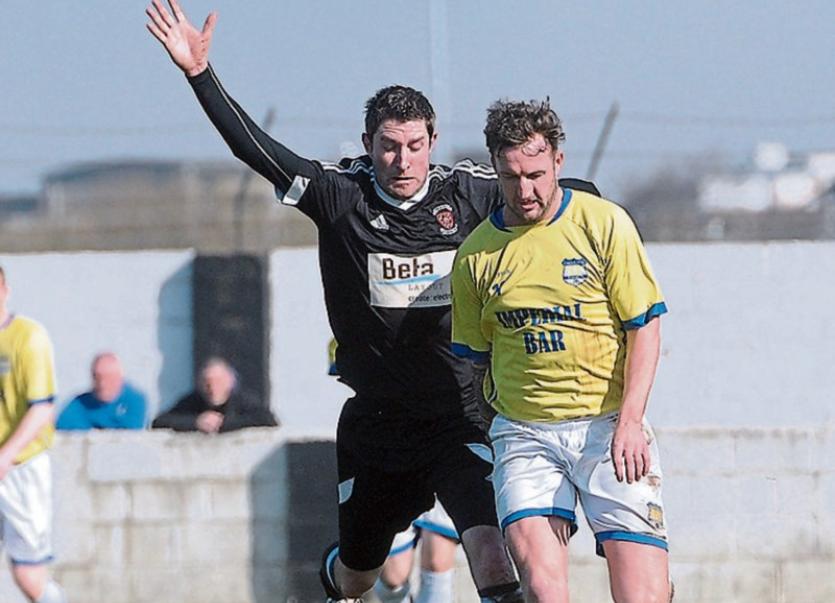 EASTER Sunday brings no rest to the Junior Soccer clubs with a full program of games on offer.

Topping the bill is the Munster Logistics Lawson Cup clash between Pike Rovers and Carew Park on Sunday afternoon.

The two teams come into the tie on the back on contrasting results last weekend. Pike qualified for the last four of the Munster Junior Cup with a hard earned win over Carrick Utd B in Waterford last Sunday.

Carew Park went down 4-1 to Janesboro, scuppering their hopes of wrestling the Fran Mullally Trophy from their rivals. With the Tuohy Cup already under their belt, Carew will see the Lawson as the chance to complete a unique double.

By their own standards they were not at the races last Sunday and manager Albert Slattery will be looking for a huge improvement. Mike Shiels will be quite constant with his side. A semi-final place was already booked in the FAI Junior Cup before last weekend's Munster Junior Cup result.

Carew will be hoping Pike's focus may be stretched with their involvement in so many competitions but the Hoops are determined to keep their unbeaten run going.

Pike never get it easy against Carew Park and Sunday should be no different. Another Lawson Cup tie sees an out of sorts Nenagh XI hosting a resurgent Geraldines XI. The Premier side have been unable to replicate the form shown last season and their inconsistency continued last weekend with a 2-0 defeat to Balla.

'Dines are pushing strongly for a return to the Premier League and the Lawson Cup is a luxury for them whereas the home side have little else to play for this season.

Kevin Barry, Shane Byrne and Ian O’Donoghue are rattling in the goals in their League but they will find Sunday’s opponents a different proposition.

Nenagh need to get a full squad together if they hope to make it to the decider for a second season.

At the other end of the table Charleville make the short trip to Kilmallock hoping to pick up something.

Below Division 1A it is the start of their Cup campaigns with a number of exciting games on offer.

In the Div 2A Lipper Cup Hyde Rgs take on leaders Ballylanders in Weston while Balla B will be looking to maintain a purple patch when they entertain Charleville.