On The Ball: Some appear to be more equal than others - Donn O'Sullivan 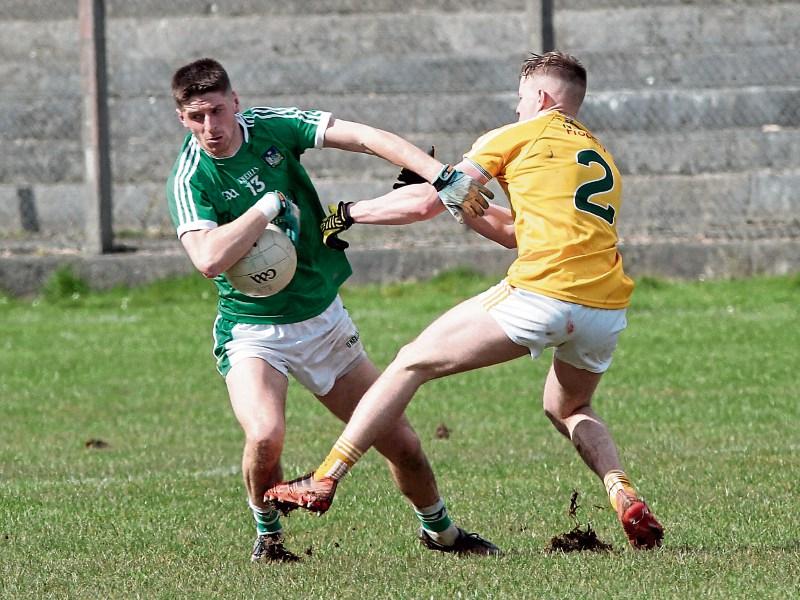 The above words are a proclamation by the pigs who control the government in the novel Animal Farm, by George Orwell. The quote is a view of the hypocrisy of governments that proclaim the absolute equality of their citizens but give power and privileges to a small elite.

This version of life, where people are equal, but some are more equal than others, is at the very forefront of modern sport in this country. There are examples of this everywhere you look.

One such example was highlighted this week by Limerick senior football manager Billy Lee. His side, a Division four team in the National League, had a game called off due to snow two weekends ago.

When Lee went about enquiring from Croke Park when and where the game was to be re-fixed for, he was told that the game might not even go ahead.

The opinions of Lee on this fact and the issues surrounding the initial calling off of the game itself are well worth a read. The piece, by Jerome O'Connell, is available on our website.

The point made by Lee and anyone else who looks at this from a neutral stance, is that this sort of lacklustre approach from the officials in Croke Park, would not have been the case if the game was a Division one clash between Dublin and Mayo. The difference? Money.

A loss of a Dublin and Mayo fixture would account for thousands in losses for the GAA. The same, sadly, can not be said of Limerick versus Wicklow.

However, this is an amateur organisation, so what does money have to do with anything? It appears it is all that matters.

When Limerick football was arguably at its peak, the men from Shannonside played in four Munster finals in seven years. This was great for Limerick, but not for the GAA's coffers. They needed the Munster final to be Cork versus Kerry whenever possible. So, what did they do? They agreed to bring back in seeding, so that Cork and Kerry would get byes into the semi finals every year, on opposite sides of the draw, to ensure the best cash flow for the province.

When you see that form of favouritism at play, coupled with a perceived lack of interest in fulfilling Division Four fixtures, one has to ask, is the GAA about the promotion of the game or is it just about making money.

If it were about the game, then a Limerick footballer would have the same rights, backroom investment and off the field promotion opportunities as his Dublin and Mayo counterparts. This, as we all know is not the case.

Sport, be it amateur or professional is becoming more and more streamed towards the elite.

When you see private schools in Dublin receiving large sums of cash from the Sports Capital grant and you look at some of the teams in this county who could do with their own pitch, or even one set of dressing rooms, you realise that this imbalance goes all the way to the top.

The FAI are going along similar lines. The national side are the main cash cow, so they need to make sure everything else is down the food chain.

Do these organisations not realise that the more elite you make the top tier, the more disenfranchised the masses become with the sport as a whole.

Ireland may be winning Grand Slams, but less and less people are playing and attending the games at grass roots level.

The Premier League in England were, for the first time ever, unable to sell all of their TV packages. The masses who once worshipped at its altar have decided they have had enough of annual jersey changes, rising ticket prices and over priced subscription packages.

Rugby is heading that way with the elitism of schools rugby and the lack of investment in clubs.

The GAA, which is the only 'amateur' organisation mentioned above, is walking a tight rope with its members and long time supporters.

Everyone is equal, so they say, unless you can make them more money of course.