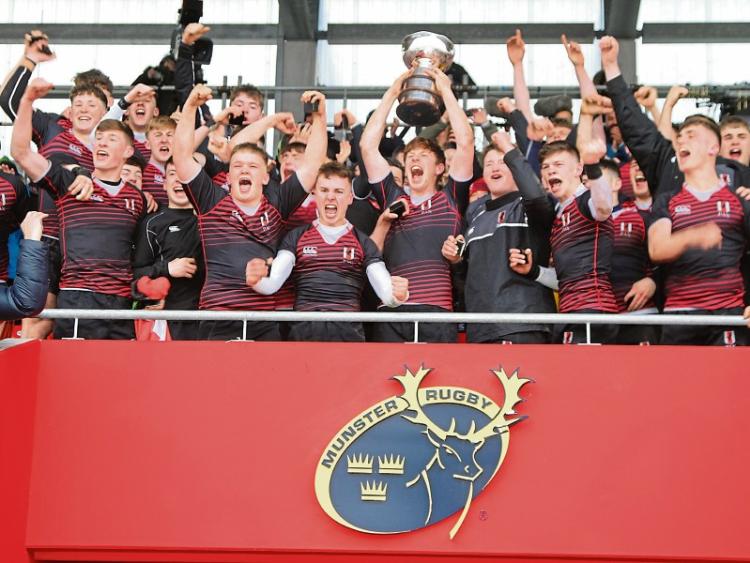 Glenstal’s 79-year quest to lift the blue riband of Munster Schools rugby finally ended on Sunday last with their impressive 18-17 final victory over CBC, of Cork, at Musgrave Park.

Afterwards winning head coach Sean Skehan said: "I think the school’s first Senior Cup game was in 1939. They played Crescent College. I don't know what the score was, but I can't imagine it was good for us.

"That is 79 years that we have been rocking it, but it is great to win it.”

The East Limerick school currently has a student population of 250, significantly smaller than their Senior Cup rivals.

"Look, since I have been there, we haven't used numbers as an issue. You can only put 15 on the pitch no matter what number of students you have.

"It is historical, it's amazing, but at the same time CBC and PBC are on 29 wins each, so we have work to do to catch up. It is great to get the first one on the board, but we certainly don't want to wait another 79 years for the next.

"We want to go after next season and try and retain it.”

Skehan said players and coaches alike had learned lessons from their 2017 final defeat to PBC at Musgrave Park.

"This time we were very mindful that if you lose in the final (getting there) doesn't really mean anything.

"We had been there and it is a bit of a pity party the night of and then you roll on. It is tough to live it.

"We did come down to Cork last (Saturday) night because we didn't want to travel on the day. The lads were in a hotel.”

Skehan won a Leinster Schools Senior Cup medal with St Michael’s College in 2007, but says the game at schools level has moved on a great deal in the intervening 11 years.

"I think the game has changed dramatically in terms of the level of work that goes into preparing a Senior Cup team now. We have a coaching staff of seven.

"That is what it takes because that is what the other teams are doing between S&C, video analysis, skills, trying to get our phase play attack, our defence set-up right, it is a lot of work.

"Full credit to the players, they commit into it. The most impressive thing for me is to comeback from a final loss. A lot of people when they get to the peak and fall down, it is probably harder to get back than it was to reach there in the first place.

"Our lads showed that championship mentality all season, faced up to it.

"In the Cup competition we conceded five tries in four games and if you do that you will be hard to beat."